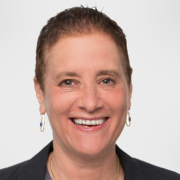 Helen Nissenbaum is a Professor at Cornell Tech. She most recently served as Professor of Media, Culture, and Communication, and Computer Science, at New York University, where she was also Director of the Information Law Institute.

Her eight books include Obfuscation: A User's Guide for Privacy and Protest, with Finn Brunton (MIT Press, 2015), Values at Play in Digital Games, with Mary Flanagan (MIT Press, 2014), and Privacy in Context: Technology, Policy, and the Integrity of Social Life (Stanford, 2010). Her research has been published in journals of philosophy, politics, law, media studies, information studies, and computer science. Grants from the National Science Foundation, Air Force Office of Scientific Research, and the U.S. Department of Health and Human Services Office of the National Coordinator have supported her work on privacy, trust online, and security, as well as studies of values embodied in design, search engines, digital games, facial recognition technology, and health information systems.

Before joining the faculty at NYU, she served as Associate Director of the Center for Human Values at Princeton University.