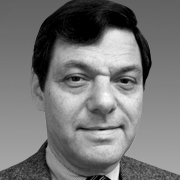 Henry Edelman was President and Chief Executive Officer of the Federal Agricultural Mortgage Corporation for nineteen years. He was the first President and CEO of the Corporation, established its operations, devised its legal and financial structure based upon a Congressional charter issued in 1988 and oversaw its issuance of publicly-traded equity, debt and mortgage-backed securities. During his tenure, the Corporation grew to become a guarantor of $10 billion in agricultural mortgage-backed securities. Previously, he was in investment banking as First Vice-President for Federal Government Finance of PaineWebber Inc., and as Vice-President for Government Finance at Citibank N.A. Before that, he worked at General Motors Corporation for ten years, first on the Legal Staff engaged in corporate and securities, domestic and international financial transactional law, then on the Financial Staff as Director of Financing, Investments and Capital Planning for the Corporation. Prior to his work at General Motors, Henry was in the private practice of law in New York City.

He currently serves as a Trustee and Vice-President – U.S. Operations of American Friends of Eton College, Inc., a U.S. charitable organization supporting that U.K. educational institution.