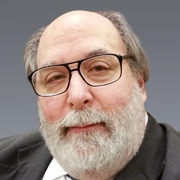 Howard Leib is an intellectual property and entertainment attorney and consultant with his own practice in both New York City and Ithaca, NY. He offers a full range of legal services, with specialties in entertainment, corporate, trademark and copyright law, including litigation.

Through the years, Leib has worked with artists such as Whitney Houston, B.B. King, Kiss, BeBe & CeCe Winans, Bobby McFerrin, and Judy Collins. Corporate clients have included MCA, BMG, Atlantic Records, Arista Records, Rhino Entertainment, Shout Factory Entertainment and 20th Century Fox. As a consultant, Leib has worked with companies such as Nickelodeon, Rhino and Golden Books Family Entertainment. Leib acts as attorney for many companies and individuals in the entertainment industry and as a consultant for individuals and companies seeking an understanding of the children's entertainment market and where it is going. Howard has served on the Executive Committee of the New York State Bar Association's Entertainment and Sports Law Section, where he was chair of the Music Committee and editor of the section newsletter. He has been a member of the Board of Contributing Editors of "Entertainment Law and Finance." He has taught Entertainment Law at New York University and Business Law at Fashion Institute of Technology in New York City. Leib currently teaches for a variety of educational institutions, both on line and in person. These include NYU, National Paralegal College and Kaplan University.

In 1997, Leib, created the BrainCamp conference, providing a forum for those at the top of the kids' entertainment industry to meet, exchange ideas and socialize in an informal and informative environment. For thirteen years BrainCamp was the only high-level, cross-media conference geared to major players in children's entertainment. Leib also founded and published BrainCamp News, a weekly e-mail newsletter on important events within the kids' entertainment industry, distributed to more than 5,000 people in over 50 countries.

In addition to his work as an attorney, consultant and seminar producer, Leib recently ran for New York State Senate from the 51st Senatorial District. Leib occasionally ventures into the creative world. A student and historian of comedy and a former stand-up comedian himself, Leib served as producer of Rhino Records' critically acclaimed 4 CD compilation "But Seriously - The American Comedy Box" which traced the history of American recorded comedy from its roots in the early 1900s to the 1990s. Leib has also produced comedy records for Sony Wonder's Nick at Nite label, including Bob Newhart's Grammy-nominated "Button Down Concert" CD. Leib's releases include "New York Songs" on the Rhino label and “Now That Sounds Kosher” for Shout Factory. On Video, Howard produced “The Best of the Electric Company” for Shout Factory.

He hosts “No Soap Radio,” on WRFI-FM, Ithaca and appeared as a regular panelist on “In Seven Days,” a McLaughlin Group like program on Time Warner Cable in Manhattan with lawyers as panelists. Leib's work has appeared in various publications over the years. In addition to the previously mentioned weekly BrainCamp News and various articles in Entertainment Law and Finance, where Leib was a member of the editorial advisory board, his articles and commentaries have seen print in such publications as Billboard, The Comic's Bible, Goldmine, and the Children's Music Network's Pass It On.

Leib holds a bachelor's degree in psychology and urban studies from Columbia University. He received a Juris Doctor with honors from Benjamin N. Cardozo School of Law, where he worked on both the Law Review and the Law Revue.