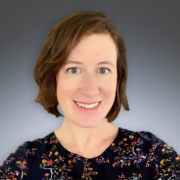 Professor Kelley-Widmer’s expertise is in immigration, especially asylum law and Deferred Action for Childhood Arrivals (DACA). Her practice experience also includes naturalization, special immigrant juvenile status, and visas for survivors of human trafficking and domestic violence. At Cornell, she leads students in providing legal services to immigrants in the Cornell community, including service trips to an immigration detention center in Texas.

Professor Kelley-Widmer’s scholarship focuses on immigration at the intersection of administrative and/or criminal law. She has been published in Georgetown Immigration Law Journal, Cornell Journal of Law and Public Policy, and Michigan Journal of Race and Law. She has published shorter pieces on emerging immigration issues in Penn Law’s Regulatory Review, Bloomberg, Law, the Washington Post, and other outlets. Her work has been featured on NPR, in the Cornell Daily Sun, and in other media, and she is regularly quoted in national news articles on immigration issues.

Previously, she was an Equal Justice Works fellow at La Raza Centro Legal in San Francisco, where she focused on representing immigrant youth and their families in their applications for immigration relief. Additionally, she taught legal writing at the University of California, Berkeley, School of Law and clerked at the San Francisco Immigration Court through the Department of Justice Honors Program.

Professor Kelley-Widmer is a member of the California Bar, the American Immigration Lawyers Association, and the Finger Lakes Women’s Bar Association. She is an advisory board member for the local non-profit Ithaca Welcomes Refugees. She is fluent in Spanish.