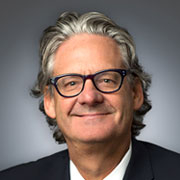 Professor Blume is the Samuel F. Leibowitz Professor of Trial Techniques and the Director of the Cornell Death Penalty Project. He teaches Criminal Procedure, Evidence, and Federal Appellate Practice, and supervises the Capital Punishment and Juvenile Justice Clinics.

Professor Blume is a 1978 graduate of the University of North Carolina at Chapel Hill, a 1982 graduate of Yale Divinity School, and a 1984 graduate of Yale Law School. After graduating from Law School, he clerked for the Hon. Thomas A. Clark on the U.S. Court of Appeals for the Eleventh Circuit.

Following several years in private practice, he became the Executive Director of the South Carolina Death Penalty Resource Center, a position which he held until joining the Cornell Law School faculty.

Professor Blume is a co-author (with Rick Lempert, Sam Gross, James Liebman, Steve Landsman and Fred Lederer) of A MODERN APPROACH TO EVIDENCE, the co-author (with Keir Weyble) of the FEDERAL HABEAS CORPUS UPDATE, and the co-editor (with Jordan Steiker) of DEATH PENALTY STORIES. He has also published numerous book chapters and law review articles in the fields of capital punishment, habeas corpus , criminal procedure and evidence.

Professor Blume has argued eight cases in the Supreme Court of the United States, and has been co-counsel or amicus curiae counsel in numerous other Supreme Court cases. Additionally, he has argued cases in the United States Court of Appeals for Second, Fourth, Fifth Seventh, Ninth and Eleventh Circuits, and he has litigated more than fifty capital cases at trial, on direct appeal and in state and federal post-conviction proceedings. He has served since 1996 as Habeas Assistance and Training Counsel and in that capacity consults with the Defender Services Division of the United States Courts on matters related to capital habeas representation.