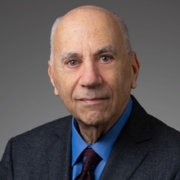 John Low-Beer is Of Counsel at Kirby McInerney LLP, and focuses on whistleblower litigation. Mr. Low-Beer formerly was Assistant Corporation Counsel, Affirmative Litigation with the NYC Law Department (1987-2000, 2003-2013), and was the lead attorney on complex and highly publicized matters, including litigation against BNY Mellon concerning FX trading for City pension funds; litigation concerning City taxation of consular and U.N. mission staff housing; a successful challenge to New York State’s misallocation of $750 million in federal stimulus funding; a lawsuit forcing the Governor to implement State takeover of $2.5 billion in City debt, and cases against more than 40 pharmaceutical companies recovering $240 million (with Kirby McInerney).

In addition, Mr. Low-Beer has a robust pro bono and low bono practice, representing plaintiffs in immigration, urban land use, guardianship, and whistleblower cases.  Recent wins include Peyton v. New York City Board of Standards and Appeals, 2018 N.Y. Slip Op. 06870 (1st Dept. 2018) (holding that the rooftop garden of a luxury building in Manhattan could not be counted as “open space” within the meaning of the Zoning Resolution), Avella v. City of New York, 29 N.Y.3d 967 (2017) (invalidating a plan to build a shopping mall on parkland in Queens), and Matter of Daniel B., 22 N.Y.S.3d 553 (2d Dept. 2015) (upholding a judgment in a guardianship/turnover proceeding).

Prior to joining the NYC Law Department, Mr. Low-Beer was law clerk to Hon. Leonard Garth, U.S. Court of Appeals for the Third Circuit, and Associate Professor at York College, CUNY, and Assistant Professor at Yale School of Management and Department of Sociology.  He is the author of a book, Protest and Participation (Cambridge U.P. 1978) and a prize-winning note in the Yale L.J., “The Constitutional Imperative of Proportional Representation,” among other publications.