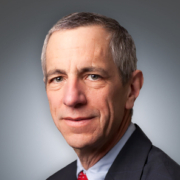 John Siliciano is a Professor of Law. He recently completed his service as Cornell's Deputy Provost. In that role, he was responsible for a broad range of academic and operational matters. These include assisting the Provost with dean searches, tenure and promotion reviews, department chair training and support, faculty policy oversight, academic human resource issues and special projects and initiatives.

Siliciano joined the Cornell Law School's faculty in 1984 and is a national authority on torts and products liability. He served as Associate Dean of the Law School from 1997-2000, Vice Dean from 2000-2003 and Interim Dean in 2004, before becoming Vice Provost in 2005. He was promoted to Senior Vice Provost for Academic Affairs in 2009 and was appointed Deputy Provost in 2016.