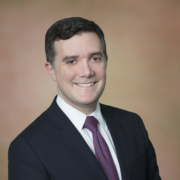 For nearly nine years, Mr. Facciponti was a prosecutor at the U.S. Attorney’s Office for the Southern District of New York, where he handled complex and high-profile cases involving a wide-range of financial and computer crimes, including computer hacking, fraud, money laundering, and intellectual property theft. He regularly appeared in Manhattan federal court, tried six cases to verdict in jury and bench trials, and argued several appeals before the Second Circuit. In 2010, Mr. Facciponti received an FBI Director’s Award for outstanding cyber investigation, based on his work in investigating and disrupting a major international computer hacking ring that targeted financial institutions.

After leaving the U.S. Attorney’s Office, Mr. Facciponti held a supervisory position in the legal department of HSBC, where he was responsible for leading global internal investigations of matters involving money laundering, sanctions, tax, and anti-bribery laws, including the Foreign Corrupt Practices Act. While at HSBC, Mr. Facciponti advocated for the bank’s interests before U.S. and foreign regulators as well as HSBC’s independent compliance monitor. Mr. Facciponti also advised HSBC on adopting remedial measures and in making changes to its compliance policies in response to the findings of his investigations.