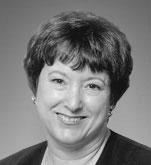 Katherine Stone is the Arjay and Frances Fearing Miller Distinguished Professor of Law at UCLA School of Law. She is a leading expert in labor and employment law in the United States. She teaches courses in labor law, employment law, labor and social policy, contract law, and arbitration law.

Professor Stone has been a member of the faculty of the UCLA School of Law since 2004. Previously, she was Professor of Law at Cornell Law School and Anne Evans Estabrook Professor of Dispute Resolution at Cornell School of Industrial and Labor Relations. She has also taught at Yale Law School, Stanford Law School, the University of Chicago Law School, New York University Law School, and the Benjamin N. Cardozo Law School. Prior to joining academia, she practiced law at Cohen Weiss & Simon and at Rabinowitz Boudin Standard Krinsky & Lieberman in New York City.

Professor Stone's book, From Widgets to Digits: Employment Regulation for the Changing Workplace (Cambridge University Press in 2004) won the 2005 Michael Harrington Award from the American Political Science Association and was also a finalist (2nd place) for the C. Wright Mills Award from the Society for the Study of Social Problems. She has also authored Rethinking Comparative Labor Law: Bridging the Past and the Future (with Benjamin Aaron, eds.), Arbitration Law, 2nd edition (Foundation Press, 2009) and Private Justice: Alternative Dispute Resolution and the Law (Foundation Press, 2000). Her forthcoming book, Globalization and Flexibilization: The Remaking of the Employment Relationship in the 21st Century, will examine the changing employment landscape in Japan, Australia, and Europe.

She is an active participant in a number of organizations and committees, including the Law and Society Association, the Society for the Advancement of Socio-Economics, and the International Society of Labor Law and Social Security (Executive Board). She has served on the United Nations Committee of Experts for its Decent Work Initiative.

Professor Stone is founder and editor of the Globalization and Labor Standards (GALS) Bibliographic Archive and Database, which includes abstracts of journal articles about international labor rights and global labor standards.

She was awarded a Guggenheim Fellowship Award in 2008 and a Russell Sage Fellowship for 2008-2009 for her work on the changing nature of employment and the regulatory implications.