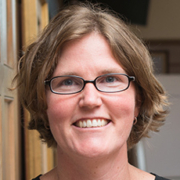 Griffith is the Jean Mckelvey-Alice Grant Professor at Cornell's ILR School. A Research Fellow affiliated with NYU’s Center for Labor & Employment Law, Griffith's scholarship focuses primarily on the intersection of immigration and workplace law and legal issues affecting low-wage workers. She is a co-author (along with Harper and Estreicher) of the textbook Labor Law: Cases, Materials, and Problems (Walters Kluwer). She has published in the California Law Review, the Cornell Law Review, and the Law & Social Inquiry Journal, among others. She has twice received Cornell ILR MacIntyre Awards for Exemplary Teaching and has twice been selected as the Most Influential Faculty Member by Merrill Presidential Scholars. In 2018, Griffith was named a Stephen H. Weiss Junior Fellow, Cornell's highest teaching award for Associate Professors.

Griffith joined Cornell in the Fall of 2007 after completing a Skadden Fellowship as a Staff Attorney at the Workers’ Rights Law Center of New York, Inc. in New York’s Hudson Valley. Prior to the Skadden Fellowship, Griffith served as a Law Clerk for the Honorable Rosemary S. Pooler in the U.S. Court of Appeals for the Second Circuit. She is a cum laude graduate of NYU School of Law, where she was a Root Tilden Public Interest Scholar, received the Sol D. Kapelsohn Prize for highest excellence in writing in the field of labor law and served as the Editor-in-Chief of the N.Y.U. Review of Law and Social Change. Before earning her J.D. from NYU, Griffith conducted research on women workers and labor law in Mexico as a Rotary Scholar and in El Salvador as a Fulbright Scholar.