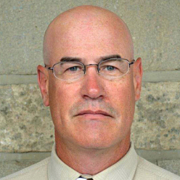 Kevin has had a long and distinguished career in government and law enforcement. From 1989 until 1998 he served as an Assistant District Attorney in the Manhattan District Attorney’s Office. In those years he prosecuted all types of crimes from misdemeanors to homicides. He has tried over 100 felony cases to verdict. From 1995 through 1998 he was a member of the Manhattan DA’s Homicide Investigation Unit concentrating on investigating and prosecuting unsolved murders in New York City. In 1998 he joined the Attorney General’s Capital Assistance to Prosecutors Unit where he prosecuted capital murder cases throughout New York State.

In 2000 Kevin joined the Office of the New York State Inspector General as the Deputy Inspector General over-seeing New York’s public safety agencies. In 2003 he joined the Office of Governor George Pataki as a Deputy Director for Criminal Justice. In 2007 he was appointed by then Attorney General Cuomo as Deputy Attorney General and Bureau Chief of the newly formed Sex Offender Management Bureau where he directed the implementation of New York’s first ever civil commitment law for convicted sex offenders, also known as Article 10 of the New York State Mental Hygiene Law.

Kevin joined the State Police in 2011 as First Deputy Superintendent. He was first civilian to hold that position. He left the State Police in 2015 to become Chief of Staff for the Joint Commission on Public Ethics. In 2016 he came back to the State Police as Executive Deputy Superintendent and General Counsel. At that time, he also took on the role as Director of the New York State Office of Campus Safety, whose function is to ensure the proper implementation of the recently passed “Enough is Enough” legislation.