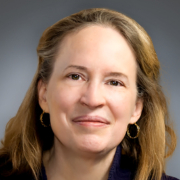 A native of New Jersey, Professor Underkuffler joined the Cornell Law School faculty in January 2009. Previously, she was Arthur Larson Distinguished Professor at Duke Law School. She has also taught at Harvard, the University of Pennsylvania, Georgetown, and the University of Maine. In 2003, she received the Distinguished Teacher Award at Duke Law School. She received the Faculty Scholarship Award at Duke in 2003 for her book, The Idea of Property: its Meaning and Power (Oxford University Press, U.K.). She has published widely in the United States and abroad in the fields of property theory, constitutional law, and the role of moral decision making in law. She has also been involved in international projects concerning property rights and regime change, and the problem of corruption and democratic governance.

Professor Underkuffler began her legal career with a clerkship in the Eighth Circuit Court of Appeals. She practiced litigation law for six years, and headed the appellate department of a large Minneapolis law firm. She was appointed to the Advisory Committee for the Eighth Circuit Court of Appeals on which she served for several years. She also served as special counsel in the U.S. Senate and has been a fellow at the Woodrow Wilson international Center for Scholars in Washington, D.C.

Professor Underkuffler teaches Property, Land Use, Advanced Topics in Property Theory, and Federal Courts, She has also taught in the field of the administration of criminal justice.