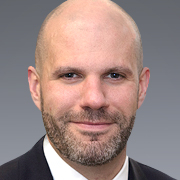 Lou Guard is currently Vice President and General Counsel at Hobart and William Smith Colleges in Geneva, NY. In this capacity he serves as the Colleges’ principal legal advisor and as a member of the senior leadership team. He also serves as an officer of the Colleges in the role of secretary to the Board of Trustees and acts as their primary governance advisor. He provides advice and counsel across institutional areas, assists the president with major initiatives and projects, and coordinates legal matters for the Colleges. Lou is an active member of the National Association of College and University Attorneys (NACUA) and serves on the Advisory Board of the Journal of College and University Law. He has previously served as Chief of Staff to the President at Hobart and William Smith.

While at Cornell Law School, Lou earned a concentration in Advocacy and served on the Cornell Journal of Law and Public Policy. During law school his written work received a Cornell Law Library Prize for Exemplary Student Research and the Barnes-Wall Foundation of South Carolina’s First Prize for Excellence in Scholarship.

Prior to joining Hobart and William Smith Lou worked in private practice at major law firms in Philadelphia, P.A., and Rochester, N.Y.