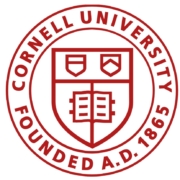 Mark I. Greene is the Head of Cravath’s Corporate Department and the Leader of the Firm’s International Practice. His practice focuses on mergers and acquisitions, corporate governance and securities matters, including advising on cross-border and domestic transactions, private equity deals, complex restructuring transactions, proxy fights, takeover defense and hedge fund activism. According to clients and the market, Mr. Greene has a “mighty reputation in cross-border deals” and “outstanding and deep experience in M&A.” He “treats his clients as priority number one” and “takes time to probe and understand his clients’ objectives and is very practical in the legal advice he offers.”

Mr. Greene has been named “Dealmaker of the Year” by The American Lawyer and The Deal, “Cross-Border Dealmaker of the Year” by The Deal and a Mergers & Acquisitions Trailblazer by The National Law Journal.  He has been repeatedly recognized as a leading M&A practitioner by, among others, Chambers USA, Chambers Global, The Legal 500 US, The Legal 500 Latin America, IFLR1000 and Lawdragon. Mr. Greene has also been named to The Legal 500 US Hall of Fame in the M&A: Large Deals ($1bn+) category. Additionally, he has been cited as one of the most valuable M&A lawyers in Germany by Welt am Sonntag.

Mr. Greene is a Fellow of the American College of Governance Counsel and serves on the Board of Advisors of the Institute for Law and Economics at the University of Pennsylvania; he is a frequent guest lecturer on M&A and corporate governance matters, and has served as Adjunct Professor at Cornell Law School. He is a Fellow of the American Bar Foundation. Additionally, Mr. Greene serves as a Trustee of the Randall’s Island Park Alliance in New York City.

Mr. Greene received a B.A. from Cornell University in 1989 and a J.D. from the University of Pennsylvania in 1993. Before joining Cravath, he served as a law clerk to Hon. Charles Legge of the U.S. District Court for the Northern District of California.