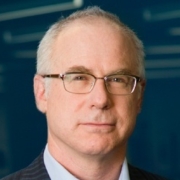 Mark H. Jackson was most recently the Executive Vice President and General Counsel of Dow Jones & Co. Prior to that position, from which he resigned after 8 years, he was Associate General Counsel of HarperCollins Publishers, and before that a litigation associate and then partner at the New York law firm Squadron, Ellenoff, Plesent & Lehrer, where he practiced for twelve years. At the firm, Mark specialized in representing newspaper, magazine and book publishers, motion picture studios and television stations, both in conducting pre-publication and pre-broadcast review, and in litigating cases on behalf of those clients. He is currently serving as Legal Counsel for the Brooklyn Academy of Music (BAM). Jackson is chair of the advisory board of The Miller Theatre at Columbia University and serves on the board of directors of The Magnum Foundation.