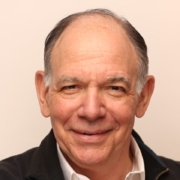 Mark Underberg has practiced corporate law for nearly 30 years, advising directors and officers in the areas of mergers and acquisitions, corporate governance, disclosure and securities and capital market transactions. Until 2012, he was a partner in the New York City law firm of Paul, Weiss, Rifkind, Wharton & Garrison, where he co-chaired the firm’s Corporate Governance Group and chaired its Professional Development and Training Department. While at Paul Weiss, Mr. Underberg headed several of the firm’s corporate pro bono initiatives and served on the board of directors of Volunteers of Legal Services, the Community Development Project of the New York Legal Aid Society and The Catalog for Giving.

After graduating from Cornell University in 1977 and from Cornell Law School in 1981, where he was editor-in-chief of the Cornell Law Review, Mr. Underberg clerked for Judge Collins J. Seitz, Chief Judge of the U.S. Court of Appeals for the Third Circuit. For the next four years, he was an associate in the corporate department of Debevoise & Plimpton until he became Managing Director and General Counsel of The Henley Group, Inc., a publicly traded diversified manufacturing, finance and services company formed as a spin-off from Allied-Signal Inc. Mr. Underberg also served as General Counsel of several of Henley’s subsidiaries after they became separate public companies, including Fisher Scientific International, Inc. and Abex Inc.