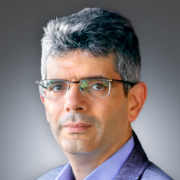 Matthew D’Amore is a Professor of the Practice in the L.L.M. program at Cornell Tech. Professor D’Amore comes to Cornell after a 20-year career at the international law firm of Morrison & Foerster, where he represented high technology and life-sciences clients in the resolution of complex intellectual property disputes and in licensing matters.

In addition to his work for technology clients, Professor D’Amore has been recognized for his pro bono work in impact cases for children denied special education services and for citizens deprived of the right to vote, and has served as an adjunct professor at Cornell Law School.

Professor D’Amore received his B.S., with distinction, from the Cornell University College of Agriculture and Life Sciences, in biology and society, and his J.D. from Yale Law School. After law school, he served as a law clerk to the Honorable Charles P. Sifton, then chief judge of the U.S. District Court for the Eastern District of New York.

READ MORE
Learn More about the LL.M. Program at Cornell Tech
As technology continues to transform our economy and culture, businesses need a new breed of lawyers who understand the legal and commercial aspects of new technology as well as the challenges of bringing new products and new companies to market.