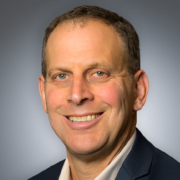 Michael C. Dorf has authored or co-authored over one hundred scholarly articles and essays for law reviews, books, and peer-reviewed science and social science journals. He is the co-author (with Laurence H. Tribe) of On Reading the Constitution (Harvard University Press, 1991), the co-author (with Trevor Morrison) of The Oxford Introductions to U.S. Law: Constitutional Law (Oxford University Press, 2010), the editor of Constitutional Law Stories (Foundation Press 2004, second edition 2009), the author of No Litmus Test: Law Versus Politics in the 21st Century (Rowman & Littlefield, 2006), the co-author (with Sherry F. Colb) of Beating Hearts: Abortion and Animal Rights (Columbia University Press, 2016), and a co-editor of the 12th, 13th, and forthcoming 14th editions of the Choper et al Constitutional Law casebook (West, 2015, 2019, 2023), the annual Supplement thereto, and the annual Compact Version of the casebook.

Professor Dorf is a member of an inter-disciplinary team at Cornell that conducts federal grant-funded research on the relative efficacy of various formats of tobacco warnings. That research has led so far to the publication of seven scientific papers on which he is a co-author. The team currently has a $1.4 million grant from the NIH, FDA, and National Cancer Institute to investigate how e-cigarette warnings might have different impacts on non-smoking youths (who should be discouraged from trying e-cigarettes) and conventional cigarette-smoking adults (for whom e-cigarettes might be part of a quit strategy or harm-reduction approach).

Professor Dorf writes a bi-weekly column for Justia's web magazine Verdict and posts several times per week on his own blog, Dorf on Law. He is also an occasional contributor to other magazines, newspapers, and blogs.

A graduate of Harvard College and Harvard Law School, Professor Dorf spent the year between college and law school as a Rotary Scholar in the physics department at Victoria University of Wellington, New Zealand. After law school, he served as a law clerk for Judge Stephen Reinhardt of the United States Court of Appeals for the Ninth Circuit and then for Justice Anthony M. Kennedy of the Supreme Court of the United States.

Professor Dorf's work as a lawyer has included a constitutional challenge to NAFTA in the D.C. Circuit, and he maintains an active pro bono practice that chiefly consists of writing amicus briefs in Supreme Court cases.

Before joining the Cornell faculty in 2008, Professor Dorf taught at Rutgers-Camden Law School for three years and at Columbia Law School for thirteen years. At Columbia, he was Vice Dean from 1998-2002 and when he left was the Isidor & Seville Sulzbacher Professor of Law.