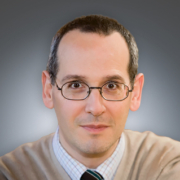 Mitchel Lasser is the Jack G. Clarke Professor of Law, Director of Graduate Studies, and co-directs the Cornell Summer Institute of International and Comparative Law in Paris. He teaches and writes in the areas of comparative law, law of the European Union, comparative constitutional law, and judicial process.

Before joining the Cornell faculty in 2004, Professor Lasser was the Samuel D. Thurman Professor of Law at the University of Utah's S.J. Quinney College of Law. He graduated from Yale College (1986), received a J.D. from Harvard Law School (1989), an M.A. in French literature (1990) and a Ph.D. in comparative literature (1995) from Yale University. He served as a Fulbright Scholar in France from 1993 to 1994, where he researched the French civil judicial system. While a doctoral student at Yale, he held a Whiting fellowship and an Enders fellowship. Professor Lasser has been a Visiting Professor at the University of Paris-I (Panthéon-Sorbonne), the University of Lausanne, the University of Geneva, and the NYU School of Law and the Institut d'Etudes Politiques de Paris (Sciences Po). He held the Fulbright Distinguished Visiting Chair at the Law Department of the European University Institute in Florence, Italy in 2003 and was the Maurice R. Greenberg Visiting Professor at Yale Law School in 2007-2008.

His articles have appeared in the Harvard Law Review, the Yale Law Journal, the Cornell Law Review, the American Journal of Comparative Law, the Archives de philosophie du droit, and the Revue trimestrielle de droit civil. His first monograph, Judicial Deliberations: A Comparative Analysis of Judicial Transparency and Legitimacy, was published by Oxford University Press in 2004 and was released in paperback edition in 2009. It is the subject of a collected book of essays, edited by Nick Huls, Maurice Adams and Jacco Bomhoff, entitled The Legitimacy of Highest Courts' Rulings: 'Judicial Deliberations' and Beyond (The Hague: Asser Press, 2008) (distributed by Cambridge University Press). His second monograph, Judicial Transformations: The Rights Revolution in the Courts of Europe, was published by Oxford University Press in 2009.