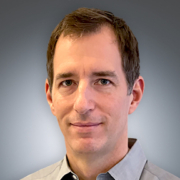 Tebbe is the author of Religious Freedom In An Egalitarian Age (Harvard University Press, 2017). There, he examines the contemporary conflict between free exercise and equality law, and he argues for a way forward that vigorously protects civil rights while safeguarding the ability of religious traditionalists to dissent. His articles have appeared in Columbia Law Review, Cornell Law Review, Georgetown Law Journal, Harvard Law Review, Journal of Religion, Michigan Law Review, Supreme Court Review, University of Pennsylvania Law Review, Virginia Law Review, and many others. As a media commentator, he has published opinion pieces in outlets such as The Atlantic, The New York Times, Scotusblog, Slate, and the Washington Post.

Tebbe is co-organizer of the Annual Law and Religion Roundtable and a member of the executive committee of the AALS Section on Law and Religion. He sits on the Board of Faculty Editors for the book series Corpus Juris: The Humanities in Politics and Law, published by Cornell University Press.

Before teaching, Tebbe clerked for Judge John M. Walker Jr. of the U.S. Court of Appeals for the Second Circuit and practiced law at the American Civil Liberties Union and at Davis Polk & Wardwell. He was a Fulbright Scholar at the University of Cape Town in South Africa. A graduate of Yale Law School and Brown University, Professor Tebbe also holds a Ph.D. with distinction in the anthropology and sociology of religion from the University of Chicago.