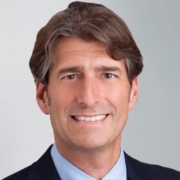 Paul negotiates major collective bargaining agreements in several industries, including real estateand construction. He tries arbitrations and litigations, and argues appeals, arising from labor management relationships. Paul argued and won before the U. S. Supreme Court 14 Penn PlazaLLC v. Pyett. In a 5-4 decision of importance to employers, the Court held a collectivebargaining agreement that explicitly requires unionized employees to arbitrate employmentdiscrimination claims is enforceable, modifying 35 years of labor law. He also representsuniversities and colleges in their labor and employment relations, including in the currentlyactive areas of graduate student and adjunct faculty union organizing.

An honors graduate of Cornell's School of Industrial and Labor Relations (ILR) and the CornellLaw School, Paul served eight years on Cornell's Board of Trustees, including on its ExecutiveCommittee. He presently serves as a Trustee Member of the Board of Overseers of Weill CornellMedicine, as well as on the Law School and ILR Deans' Advisory Councils. At Proskauer, Paulwas elected to its Executive Committee and served as co-chair of its global Labor k,Employment Law Department, named by The American Lawyer and Chambers USA as one ofthe premier U. S. practices.