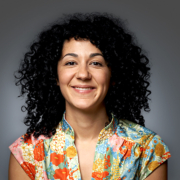 Before joining Cornell Law School, Professor Goldberg practiced appellate-level criminal defense at the Center for Appellate Litigation in New York City. She represented indigent clients on their direct appeals and post-conviction proceedings in both the New York Appellate Division and Court of Appeals.

Professor Goldberg received her J.D. from New York University, where she was an Editor-in-Chief of the Review of Law and Social Change. She received her Ph.D. in English Language and Rhetoric from the University of Washington, where she received numerous teaching awards and co-directed the Expository Writing Program.

Professor Goldberg is admitted to practice in New York State and the Southern District of New York. She is on the editorial board of the peer-edited journal Legal Communication & Rhetoric: JALWD.