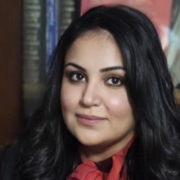 With 20 years of experience, Dr. Elsaman is well known for assisting governments and private sector entities in the MENA Region with legal and institutional reform. She has consulted for the USAID on various projects such as Automating Economic Courts and Capacity Building of Judges in Egypt, Economic Stabilization Support For Syria, and Strengthening Entrepreneurship in Egypt. With the IDLO, she advised on Strengthening the Capacity of National Partners in Economic Laws in Jordan. Similarly, she advised the European Investment Bank on Improving Access to Finance by Facilitating Business Expansion of SMEs. Moreover, she acted as the legal expert of the European Union’s Euromed Justice Project on the Provision of Legal Aid Services to the Most Vulnerable in the MENA region. With the World Bank Group, she served as a legal consultant on land and property projects in the MENA region. She was also engaged with other development organizations, such as the GIZ and the AFD.

Between 2006 and 2015, Dr. Elsaman worked for international law firms, including Dentons Law Firm and DLA Piper, where she represented clients, mainly banks, financial institutions, and multinational corporations, in regulatory and transactional matters.

Dr. Elsaman has frequently spoken on issues of her area of specialization through tens of speech engagements at prominent forums such as Harvard University, the World Bank Group, the American Association of University Women, the American Society of Comparative Law, the Cairo Regional Centre for International Commercial Arbitration, and others. Her publications have appeared in worldwide-law journals, including the University of California Los Angles Pacific Basin Law Journal, Richmond Journal of Global Law, New England Journal of International and Comparative Law, George Mason Journal of International Brief, and the Transnational Dispute Management Journal. Currently, she contributes to the Cambridge Handbook on Comparative Law, Cambridge University Press. Her book, "Comparative Franchising Law: United States, China, Malaysia, MENA Region” has been chosen as one of the six best books on franchising globally.

In addition, Dr. Elsaman has also provided expert support to various executive bodies on gender equality analysis of legislation and policy framework. Being intensively engaged in community work, Dr. Elsaman has received several awards, including the recognition of the AAUW (American Association of University Women) in Washington DC in 2019 - and the LexisNexis Middle East 2020 Law Award. She is a member of various professional global unions and is licensed to practice law in multiple jurisdictions.