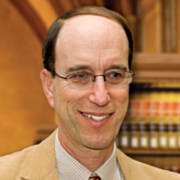 Robert Hillman has written extensively on contracts and contract theory, the Uniform Commercial Code, and related jurisprudence. His articles have appeared in the Stanford, NYU, Columbia, Chicago, Michigan, Northwestern, Duke, and Cornell law reviews, and he is the author of The Richness of Contract Law (1997) and a coauthor of the Sixth Edition of White, Summers, and Hillman, Uniform Commercial Code (2012 through 2014).

A 1972 graduate of Cornell Law School, Professor Hillman clerked for the Hon. Edward C. McLean and the Hon. Robert J. Ward, both U.S. District Judges for the Southern District of New York. After private practice with Debevoise & Plimpton in New York City, he began his teaching career at the University of Iowa College of Law. Hillman joined the Cornell Law School Faculty in 1982, and, in addition to teaching and authoring or co-authoring several major contracts and commercial law works, he served as Associate Dean from 1990-1997.

An arbitrator, consultant on commercial litigation, and the Reporter for the American Law Institute's Principles of the Law of Software Contracts, Professor Hillman teaches contracts, commercial law, and the law of e-commerce. He also teaches a class on the nature, functions, and limits of law for Cornell University's Government Department.