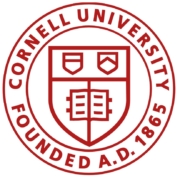 Robert Odawi Porter is a former President of the Seneca Nation of Indians who has devoted his 30-year career to advancing the rights of sovereign American Indian nations in the United States. President Porter was raised in the Nation’s Allegany Territory and earned his education from Syracuse University and Harvard Law School. He served two terms as the Attorney General of the Seneca Nation and in 2010 was elected for a term as the Seneca Nation’s 67th President. For 15 years, President Porter was also a tenured law professor at the University of Kansas, the University of Iowa, and Syracuse University, and has written numerous academic articles and books relating to the law and policy governing Indigenous nations and peoples.

A proven advocate, he has helped resolve major conflicts against the U.S. Federal and state governments to protect tribal sovereignty and treaty rights, including efforts to stop New York State from taxing Seneca commerce, protection of Seneca gaming and land rights, and lobbying for the Tribal General Welfare Exclusion Act of 2014, which ended the practice of IRS auditing of Indians for benefits received from their tribal governments. Currently, he provides legal and lobbying services to Indigenous tribal governments, Native-owned businesses, and companies doing business in Indian Country through his law firm, Odawi Law PLLC, and his Federal government relations firm, the Capitol Hill Policy Group LLC.