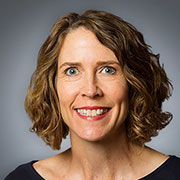 Professor Babcock is the faculty director of the Cornell Center on the Death Penalty Worldwide. Through her clinical teaching, she has spent several years working on access to justice for prisoners in Malawi, where her advocacy has led to the release of more than 250 prisoners-140 of whom were previously sentenced to death. She was the principal architect of the Malawi Resentencing Project, which won the World Justice Challenge in April 2019 in The Hague.

She is also counsel to the Government of Mexico in the cases of Mexican nationals facing the death penalty in the United States, and was Mexico’s counsel before the International Court of Justice in Avena and Other Mexican Nationals. For her work, she was awarded the Aguila Azteca, the highest honor bestowed by the government of Mexico upon citizens of foreign countries, in 2003.

In addition to her clinical teaching, she teaches doctrinal courses on International Human Rights, International Women and Children’s Rights, and International Law and the Death Penalty. She spent the fall semester 2014 as the Fulbright-Toqueville Distinguished Chair at the Université de Caen, Basse-Normandie, teaching a seminar on international gender rights as well as an international human rights clinic.