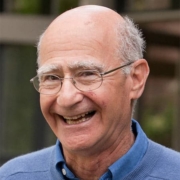 Sidney Tarrow is Maxwell M. Upson Professor Emeritus in the Government Department at Cornell, where he specializes in social movements, contentious politics and legal mobilization. Before coming to Cornell he taught at Yale and has been visiting professor at the European University Institute in Florence, the Central European University in Budapest and at the Institut d’Etudes Politiques in Paris.

Tarrow's first book was Peasant Communism in Southern Italy (Yale, 1967). His next project was a reconstruction of Italian protest cycle of the late 1960's, Democracy and Disorder (Oxford, 1989). With Cambridge University Press, he published (with Doug McAdam and Charles Tilly) Dynamics of Contention (2001) and The New Transnational Activism (2006). His latest book with Cambridge is Power in Movement: Social Movements and Contentious Politics, 3rd. edition, 2011.

Tarrow is a fellow of the American Academy of Arts and Sciences and has been President of the Comparative Politics section of the APSA and of the Conference Group on Italian Politics. He is a founding member of the Contentious Politics series of Cambridge Press and serves on the editorial boards of many scholarly journals both in Europe and the United States.

He is currently working on a comparative-historical project on the relationships among war, state-building and rights, starting with the French revolution and ending with the War on Terror.