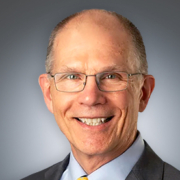 Steve Yale-Loehr has practiced immigration law for over 35 years. He is co-author of Immigration Law and Procedure, the leading 21-volume treatise on U.S. immigration law. He also teaches immigration and asylum law at Cornell Law School as Professor of Immigration Practice and is of counsel at Miller Mayer in Ithaca, New York. He also founded and was the original executive director of Invest In the USA, a trade association of EB-5 immigrant investor regional centers.

From 1982 to 1986 Mr. Yale-Loehr practiced international trade and immigration law at a large law firm in Washington, D.C. From 1986 to 1994 he was managing editor of Interpreter Releases and executive editor of Immigration Briefings, two leading immigration law publications.

Mr. Yale-Loehr is annually listed in Chambers Global, Chambers USA, and An International Who's Who of Corporate Immigration Lawyers as one of the best immigration lawyers in the world. He is listed in Who’s Who in America. He is frequently quoted in the press on immigration issues and has often testified before Congress. He is the 2001 recipient of AILA’s Elmer Fried Award for excellence in teaching and the 2004 recipient of AILA’s Edith Lowenstein Award for excellence in advancing the practice of immigration law. He is also a Fellow of the American Bar Foundation and a non-resident fellow at the Migration Policy Institute.

More information about Mr. Yale-Loehr is at https://stephenyaleloehr.com and https://millermayer.com/lawyers-ithaca/steve-yale-loehr-immigration-law/.