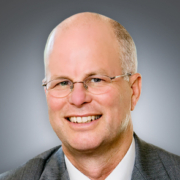 A native of North Carolina, Schwab obtained his J.D. as well as a Ph.D. in Economics from the University of Michigan. Before joining the Cornell faculty, Professor Schwab clerked for Judge J. Dickson Phillips, Jr. of the U.S. Court of Appeals for the Fourth Circuit, and then for Justice Sandra Day O'Connor of the United States Supreme Court.

Professor Schwab is a leading scholar in economic analysis of law and in employment law, and has a casebook on Employment Law now in its 6th edition. Schwab is the Reporter for the Uniform Law Commission's Uniform Restrictive Employment Agreements Act, and was a Reporter for the American Law Institute’s Restatement of Employment Law. He has been named by Human Resource Executive as one of the 50 most powerful employment attorneys in America. He is an editor of the Journal of Empirical Legal Studies, a member of the Society of Empirical Legal Studies and the American Law and Economics Association, and the executive director of Bank of America Institute for Women’s Entrepreneurship at Cornell.

READ MORE
New York Employers Could Mandate COVID-19 Vaccine, According To Updated Federal Guidelines
In this story from WSKG, Professor Schwab comments on whether people could be required to get the COVID-19 vaccine as a condition of their employment.
Media Coverage
CBS News
Stewart Schwab: "White Guy" Case Against AT&T Can Move Forward, Judge Says
New York Times
Stewart J. Schwab: Trucking Companies Train You on the Job. Just Don’t Try to Quit.
Bloomberg Law
Stewart Schwab: Why Contractor Vaccine Mandate Is 'Tough' to Challenge in Court