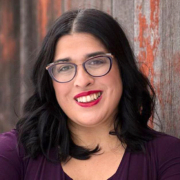 Outside of Cornell, Sujata Gibson is the principal attorney at The Gibson Law Firm, PLLC, a general practice boutique firm with a focus on civil rights litigation and mass defense.

Ms. Gibson has been practicing in state and federal courts for over a decade. She began her career as an Associate at the D.C. office of the international law firm Crowell & Moring, LLP, where she specialized in fraud investigation, government contracts and civil and criminal litigation. After she moved back to Ithaca, New York to raise her family in 2011, she started a small solo practice. In 2015, she expanded her practice into The Gibson Law Firm and won "Best Law Firm in Ithaca" in her firm's first year in business.

Ms. Gibson served as the lead attorney for the "We Are Seneca Lake" environmental protest movement. From 2014 to 2017, she successfully defended over 650 protesters accused of trespass and disorderly conduct, winning acquittals and dismissals through motion practice, trials and appeals. She has supported many mass defense efforts since and continues to serve as a resource nationally for protesters and activists. Ms. Gibson is also active in federal civil rights litigation, and is a member of the bar of the United States Supreme Court. In 2017, Ms. Gibson created and began teaching the Cornell Protest and Civil Disobedience Defense Practicum. In 2019, she began teaching a seminar class at the law school and regularly lectures and participates in panel discussions outside of Cornell on civil rights litigation and the role of civil disobedience in U.S. law and history.

Before going to law school, Ms. Gibson was a lead organizer for the Union of Needletrades, Industrial and Textile Employees and led successful union campaigns across North America.