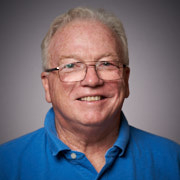 Professor Manahan was appointed to the bench in March 2003 and initially served in the Law Division where he was assigned to the Civil, Criminal and Family Parts. He was the Criminal and Civil Presiding Judge, the Chair of the Conference of Criminal Presiding Judges, a member of the Judicial Council, and Co-Chair of the Bail Subcommittee, which recommended reforms to New Jersey’s bail system that were ultimately enacted into law.

In 2014, he was elevated by the Chief Justice to the Appellate Division where he authored over 400 opinions, both published and unpublished. The published opinions included the areas of criminal law and procedure, expert testimony, land use, juvenile rights, insurance coverage, and civil procedure.

During his judicial career, he was an instructor at numerous training courses for newly assigned judges and a faculty member for the New Jersey Judicial College. His Judicial College faculty status has continued post-retirement.

Prior to his appointment as a judge, he was an Assistant Attorney General and Director of the Office of State Police Affairs. That office was charged with the oversight of the Division of State Police’s compliance with a Consent Decree entered into between the State of New Jersey and the United States Department of Justice regarding allegations of racial profiling. In February 2003, upon invitation of the Cultural Minister of Canada, he was the keynote speaker at the national "Multicultural Law Enforcement Conference."

In 1997, he was appointed by the Governor to a five-year term as the Prosecutor of Union County. In that role, he supervised the investigation and prosecution of criminal activity in the county. During his tenure, he instituted crime prevention programs directed at youthful offenders and high–tech crime. He also instituted the first county-wide data collection policy aimed at addressing allegations of racial profiling.

While in private practice, he was a partner in the New York law firm, Satterlee Stephens Burke and Burke (now Satterlee Stephens) and in the New Jersey law firm, Bury and Manahan. His state and federal litigation practice included insurance defense, employment law, labor law, and commercial litigation. Additionally, he was employed as staff counsel with the Chubb Group.

From 1988 to 1996, he served as a Special Ethics Master who presided over hearings involving complex attorney disciplinary matters and as the Chair of the District Ethics Committee.

He commenced his legal career with the Office of the Union County Prosecutor where he was a an Assistant Prosecutor assigned to the Trial Unit, the Major Crimes Unit and the Organized Crime Unit.

In his retirement, Professor Manahan has enjoyed the privilege of teaching courses at Cornell Law School on subjects involving Bail Reform, The Role of Independent and Special Counsels, the Impeachment Trial of the President of the United States, and The Value of Dissent.