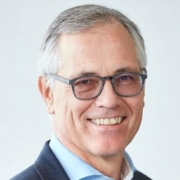 Urs Zulauf is as an expert in financial market regulation and supervision, mainly in Switzerland. For 30 years, he worked for the Swiss Federal Banking Commission (SFBC) and (from January 2009) the Swiss Financial Market Supervisory Authority (FINMA). At FINMA, Zulauf acted as Deputy CEO, General Counsel, and Member of the Executive Board, and headed FINMA’s Strategic Services Division. His responsibilities included legal functions, chairing the enforcement committee, and coordinating national and international regulation, policy, and cooperation. He was also temporarily responsible for FINMA’s operations (IT, HR, Financials, Facility Management) and corporate functions including strategic planning, communication, and corporate secretary.

Zulauf was responsible for numerous regulatory projects on behalf of the Financial Regulator, such as the Insolvency Provisions in the Banking Act (1997 until 2004), the Bank Insolvency Ordinance specifying new restructuring and bail-in instruments in Swiss Law (2005 and 2012/13), and the FINMA Anti-Money Laundering Ordinance. His responsibilities included the handling of high profile enforcement and international cases such as the UBS Libor case (2012), the US Cross-Border cases in various banks (2008/2009), or the issue of dormant accounts of Holocaust victims (1996 – 2000). He represented FINMA and SFBC in various international groups and negotiations.

He studied at Berne University Law School and is authorized to practice as a lawyer. He joined the Swiss Federal Banking Commission (SFBC) in 1983 whilst working simultaneously as a research partner in civil and banking law at the University of Berne. From 1992 to 1993 he was seconded to the Bank of England. From 1996 until the creation of FINMA in 2009 he headed the Legal Service of the SFBC. In 1994, he completed a doctorate with a thesis on Bankers’ Diligence under Swiss Public Law.

He is the author of numerous papers in law journals and reviews and the co-editor of the leading collection on Swiss financial market law published on line and in print at the same time in German and French. Zulauf is a regular conference speaker on various issues of Swiss and international financial market regulation and supervision. He is co-author of the textbook Swiss Financial Markets Law in a Nutshell published in German in January 2013 and in English in August 2013.