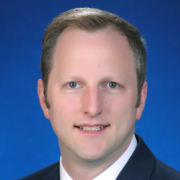 William J. Niebel, Esq. directs the Tenants Advocacy Practicum. Bill is also a Staff Attorney at Legal Services of Central New York, where he has practiced since 2015. He graduated from the University of South Dakota Law School in 2005. After law school, he was admitted to the Iowa bar and began focusing on landlord-tenant law as a Staff Attorney at Iowa Legal Aid. In 2009, he prevailed in the Iowa Supreme Court, in the landmark case of War Eagle v. Plummer, 775 N.W.2d 714 (2009). That decision invalidated the Iowa statute that allowed certified mail notice of an eviction hearing, as a violation of due process. Bill moved to New York and worked at the Legal Aid Society of Northeastern New York for three years, in Albany and Saratoga Springs, defending many evictions in city, town, and village courts. He is the author of The Process Due When Rent is Due: Residential Nonpayment Evictions After COVID-19, which was published in the N.Y. Real Property Law Journal in December 2021.