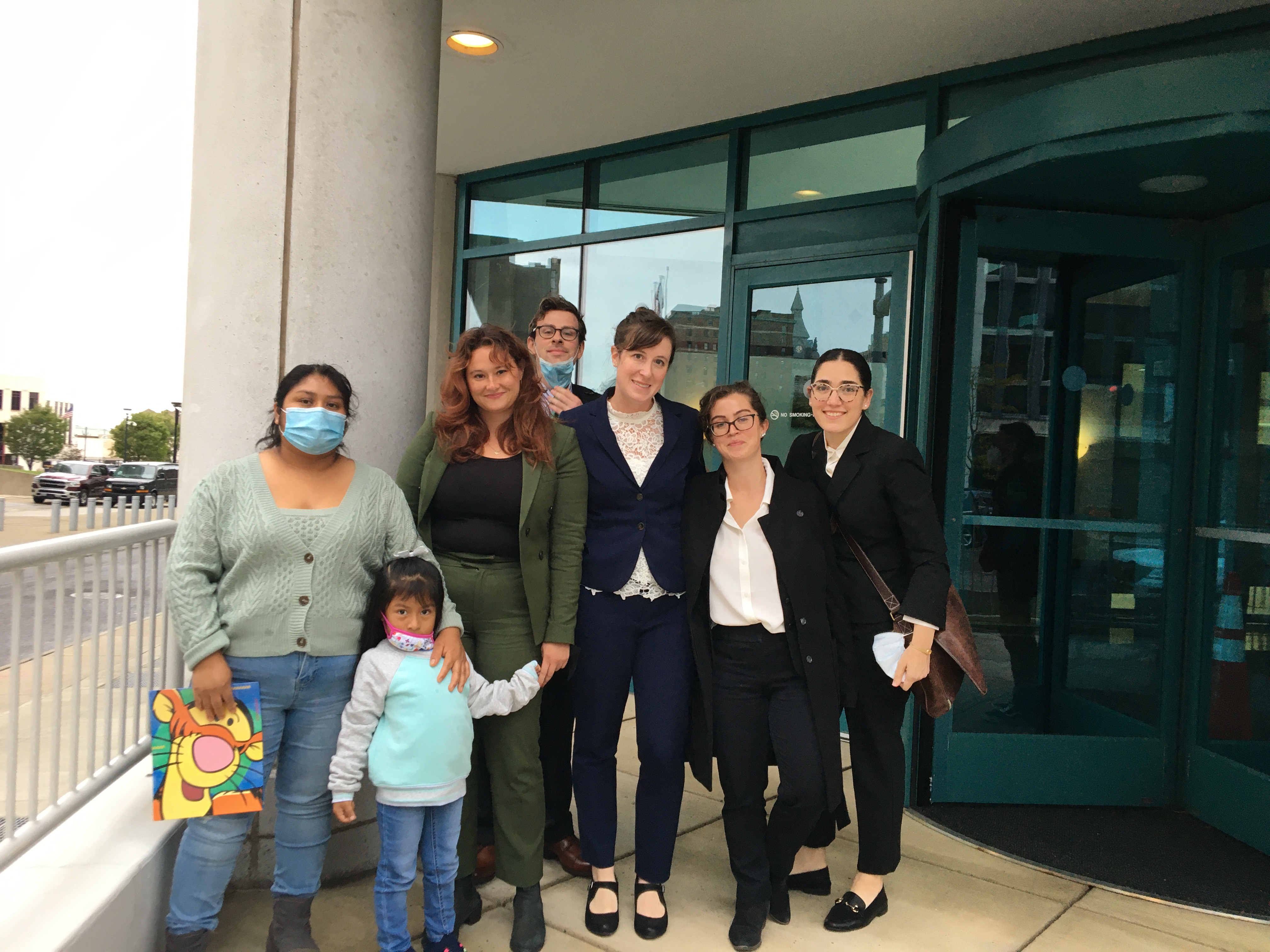 On March 31, Cornell Law School’s 1L Immigration Law and Advocacy Clinic won a long-fought, difficult case in the Buffalo Immigration Court for a mother and her young children living on a farm in upstate New York, ensuring that the family will be able to live safely in the United States.

The client had arrived in 2019 from Mexico with three children under ten, including a baby. She was fleeing an abusive husband, to whom she had been forcibly married as a teenager, as well as direct threats of gang violence in her home country, whose government offered her no protection.

Immigration authorities detained her for several weeks in the winter of 2019 before releasing her with a notice to appear in court. She went to her first two court dates unrepresented, because few attorneys in upstate New York take this kind of case. Another nonprofit had already declined to represent her when she contacted Cornell Law’s Immigration Clinic.

“Asylum cases are incredibly difficult to win,” says clinic director Jaclyn Kelley-Widmer. “The process is onerous and takes tremendous resources. My students estimate that, across all the law students involved in the case, interpreters we used, law professors who contributed, volunteers who helped care for the client’s children, and administrative staff who assisted with filing and other logistics, this case took us about 1,000 collective hours over 14 months.”

She adds that the clinic was also partially basing its case on a novel argument related to the client’s marriage, which occurred while she was still a child. “The law students came up with this creative solution and found a path forward to make the claim, including by seeking multiple expert witnesses and researching country conditions to contextualize the client’s story.”

The core team of Jared Flanery ’23 and Tori Staley ’23 (who started as 1Ls) and Gaby Pico ’22 and Rachel Skene ’22 (who started as 2Ls) stayed with it for three semesters. They worked closely with the client, completely in Spanish and almost entirely remotely due to the pandemic and the client’s rural location.

“Most importantly, the client herself has been her own best advocate,” says Kelley-Widmer. “We’ve laughed with her, we’ve cried with her, and together we celebrated this win for her long-term safety.”