Keisha Hudson, a Cornell undergraduate and Law School alumna, has been selected to be the Chief Defender for the city of Philadelphia. Keisha earned her B.S. from the College of Art, Architecture, and Planning in 1999 and her J.D. from the Law School in 2002. As an undergraduate, Keisha was involved in both the United Progressives and the Caribbean Students Association, as well as theatre and dance groups. Throughout her three years at the law school, Keisha’s commitment to indigent defense and racial justice was apparent. Her classmates and professors knew her as a person who spoke powerfully for the voiceless at every opportunity, whether in class, as an editor of the Cornell Law Review, or working for death row inmates in the Capital Punishment Clinic. 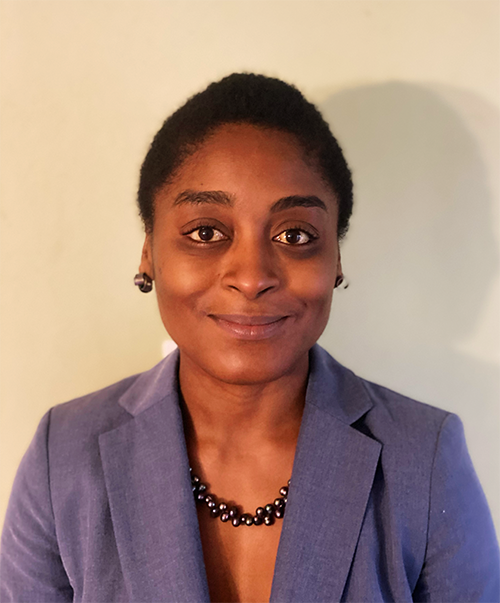 Looking back on her years at CLS, Keisha says, “I recall the exact moment I decided I wanted to be a public defender. It was working with Professors Johnson and Blume in the Cornell Death Penalty Project. Professors Johnson and Blume exemplified zealous advocacy. My experience in the clinic left me with the certainty that I needed to use my law degree to work for and with those society has largely abandoned. I am immensely grateful to them and the larger Cornell Law community for providing the foundation for what has been an incredibly meaningful career as a public defender.”

Immediately after graduation, Keisha joined the organization she now leads, the Philadelphia Defender Association as an assistant defender, where for four years she represented indigent clients in civil commitment, misdemeanor, and felony proceedings. Eventually, she supervised the Municipal Court Unit, training new attorneys on effective representation.

When she left the Defender Association, Keisha became an assistant Federal Defender representing death-sentenced inmates at the Philadelphia Capital Habeas Unit, where she spent nearly a decade. There, in addition to investigation, consultation with experts, conducting evidentiary hearings, and writing appellate briefs, Keisha organized office-wide trainings.

Professor Sheri Johnson notes, “Keisha was known throughout the death penalty community for her zealous advocacy, her devotion to her  clients, and her commitment to uncovering and ameliorating the influence of racial bias and discrimination in the imposition of the death penalty.”

From the Capital Habeas Unit, Keisha became the Deputy Chief Public Defender of Montgomery County, a position she served in for almost four years. She has taught at three law schools: the University of Pennsylvania, Drexel, and Temple. Now, as the board of directors explained, “With a proven record of collaborative leadership, public defender experience, and an extraordinary commitment to racial justice and criminal justice reform, Ms. Hudson is uniquely positioned to lead the [Philadelphia] Defender Association into the future.”

“Keisha was one of those special students who it was clear was going to do special things after graduation,” according to Professor John Blume who along with Professor Johnson supervised Keisha in the Capital Punishment Clinic. Blume also noted that “seeing students like Keisha leave Cornell, spend their careers fighting for persons condemned to die or serving other draconian sentences and now assuming leadership roles and training the next generation of lawyers is what makes teaching here worthwhile.”

“Keisha’s work in the criminal justice system thus far has been remarkable and tireless, and we look forward to seeing what she will do for indigent defense in Philadelphia in the years to come,” Professor Johnson agreed.