Days after filing an amicus brief in federal court on behalf of the Vermont Journalism Trust concerning the largest financial fraud in Vermont’s history, Cornell Law School’s First Amendment Clinic, Cornell Dolan, and the ACLU of Vermont won access to documents that had previously been sealed by the court. These documents may shine a light on the critical question of when the State of Vermont became aware of the fraud and what actions the state took in the months before the fraud became public.

The amicus brief supported a motion to unseal filed by former Jay Peak Resort President Bill Stenger after he reached a plea agreement with the federal government concerning his alleged role in an EB-5 visa investment scheme. After that fraudulent scheme was discovered, a federal agency shut down the Vermont EB-5 Regional Center that oversaw EB-5 projects, immigrant investors lost their funds and a clear path to U.S. citizenship, and Vermont residents lost out on promised job opportunities. 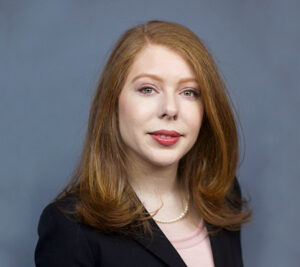 “We recognize the tremendous importance of the release of these documents to the public,” says Heather Murray, managing attorney of the Local Journalism Project at the Cornell First Amendment Clinic. “Our clinic is thrilled that we could assist VTDigger in its excellent investigative reporting on this major financial fraud.”

Since 2012, the Vermont Journalism Trust, operating as VTDigger, has been reporting on the state’s lax oversight of the EB-5 Immigrant Investor Visa Program, a federal program designed to create jobs and stimulate foreign capital investment in low-income regions.

“The EB-5 scandal shows the need for more transparency and government accountability, and that is exactly why we’ve been fighting for access to these and other EB-5 documents for the past several years,” says Lia Ernst, legal director of the ACLU of Vermont.

The EB-5 program allows foreign entrepreneurs who make specified financial investments in the United States to apply for lawful permanent resident status. In April 2016, the state and the federal Securities Exchange Commission filed civil suits against several individuals and corporate entities alleged to have misused, in a “Ponzi-like” scheme, more than $200 million of these investor funds marked for projects in Vermont.

“This is the fourth case we’ve been involved in seeking access to EB-5 records that shed light on the government’s oversight of these projects and its actions once it became aware of the fraud,” says Timothy Cornell of Cornell Dolan. “Today marks a significant victory in the pursuit of truth for both our client and the public, but these actions should not be necessary for the public to learn what their government did.”