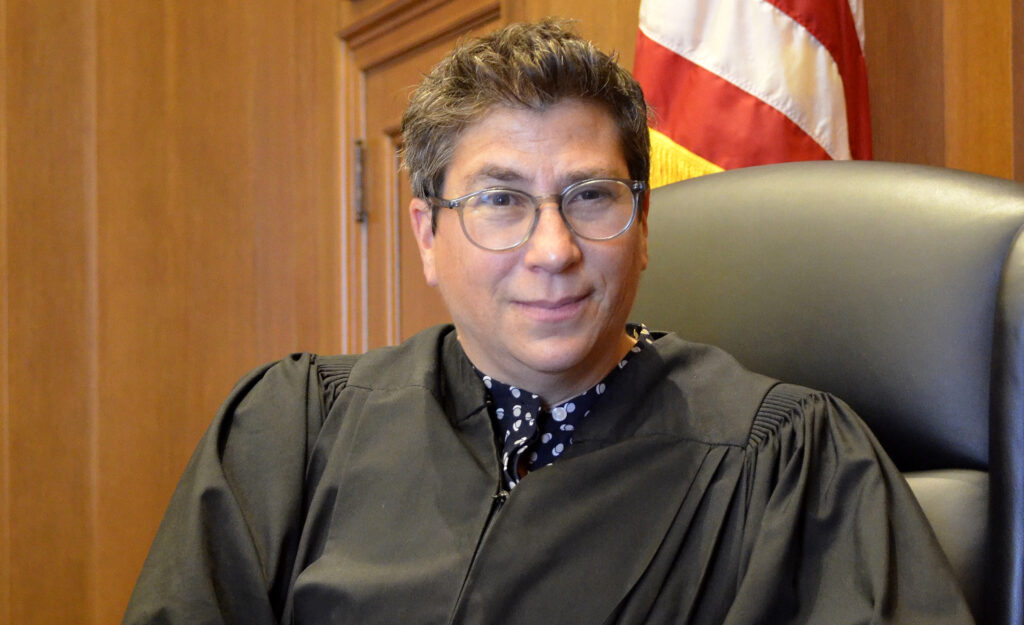 Jens David Ohlin, the Allan R. Tessler Dean and Professor of Law at Cornell Law School, has announced that the Hon. Alison Nathan ’00, federal judge for the U.S. District Court for the Southern District of New York, will serve as Distinguished Jurist in Residence at the Law School in the spring semester of 2023. During her visit to the Law School in April of that year, Judge Nathan will teach an accelerated course, engage with the Law School community, and participate in workshops, events, and colloquia.

When she was confirmed by the U.S. Senate in 2011, Judge Nathan was only the third openly LGBT federal judge ever confirmed by the Senate. Immediately prior to taking the bench, Nathan served as Special Counsel to the Solicitor General of New York.  Before that she was an Associate White House Counsel and Senior Adviser to President Barack Obama. Earlier in her career, Nathan was in private practice at Wilmer Cutler Pickering and Dorr LLP in Washington, D.C., and New York.  She also served as a visiting professor at Fordham University School of Law, and a faculty fellow at New York University School of Law. Nathan has maintained close ties to the Law School throughout her career, including serving on the Dean’s Advisory Council from 2016–2020.

Judge Nathan earned her B.A. from Cornell University in 1994 and her J.D. in 2000 from Cornell Law School, where she was editor in chief of the Cornell Law Review. She then clerked for Judge Betty Binns Fletcher of the U.S. Court of Appeals for the Ninth Circuit and for Associate Justice John Paul Stevens of the U.S. Supreme Court.