On October 16, 2020, in the middle of Domestic Violence Awareness month, the United States Department of Justice scheduled the execution of Lisa Marie Montgomery—a survivor of multiple rapes, child abuse, torture, and domestic violence. Lisa was the only woman on federal death row, and would ultimately be executed in the waning days of the Trump Administration.

The defense team representing Lisa Montgomery reached out to Professor Sandra Babcock in mid-2020 after learning about the “Alice Project” of the Cornell Center on the Death Penalty Worldwide—a research and advocacy project focusing on women facing the death penalty around the world. In Fall 2020, Professor Babcock and Clinical Teaching Fellow Zohra Ahmed recruited a team of clinic students—Gabriela Markolovic ’21, Allison Franz ’21, and Veronica Cinibulk ’22—to assist in Lisa’s defense.

Lisa’s life story reads like the script of a horror movie. Her mother Judy was an alcoholic whose drinking caused Lisa to be born with permanent brain damage. Her stepfather began raping her when she was in her early teens. At the same time, Lisa’s mother began prostituting Lisa to older men. As a result of her sexual torture, Lisa developed complex post-traumatic stress disorder and began to dissociate. At her mother’s instigation, Lisa became engaged to her stepbrother at age seventeen, and they married when she was eighteen. He continued the cycle of abuse, raping and beating her. She gave birth to four children. After her fourth child was born, she was pressured into an involuntary sterilization. Over the years, her mental health continued to deteriorate, and her behavior became increasingly erratic.

Lisa was unquestionably guilty of murder. But that was never the issue in her case. The issue was whether she deserved to be executed for that crime, rather than living her life in prison. Because of her trial lawyers’ incompetence, however, the jury never heard about the full extent and impact of her childhood torture and sexual abuse.

Our clinic team prepared a petition to the Inter-American Commission on Human Rights on Lisa’s behalf, detailing how state agencies failed to protect her as a child and teenager. We pointed out that Lisa’s trial lawyers bungled her defense by failing to present available evidence of the sexual violence she endured. And we highlighted the gender bias that permeated her trial. In the meantime, Laura Douglas, the Research and Training Director of the Cornell Center on the Death Penalty Worldwide, created a webpage for Lisa with information about her case. Prof. Ahmed led a powerful social media campaign, supported by Cornell law students as well as undergraduate students in the fields of information technology, government, and English.

On Election Day, 2020, Veronica Cinibulk—who is a musician when she is not a law 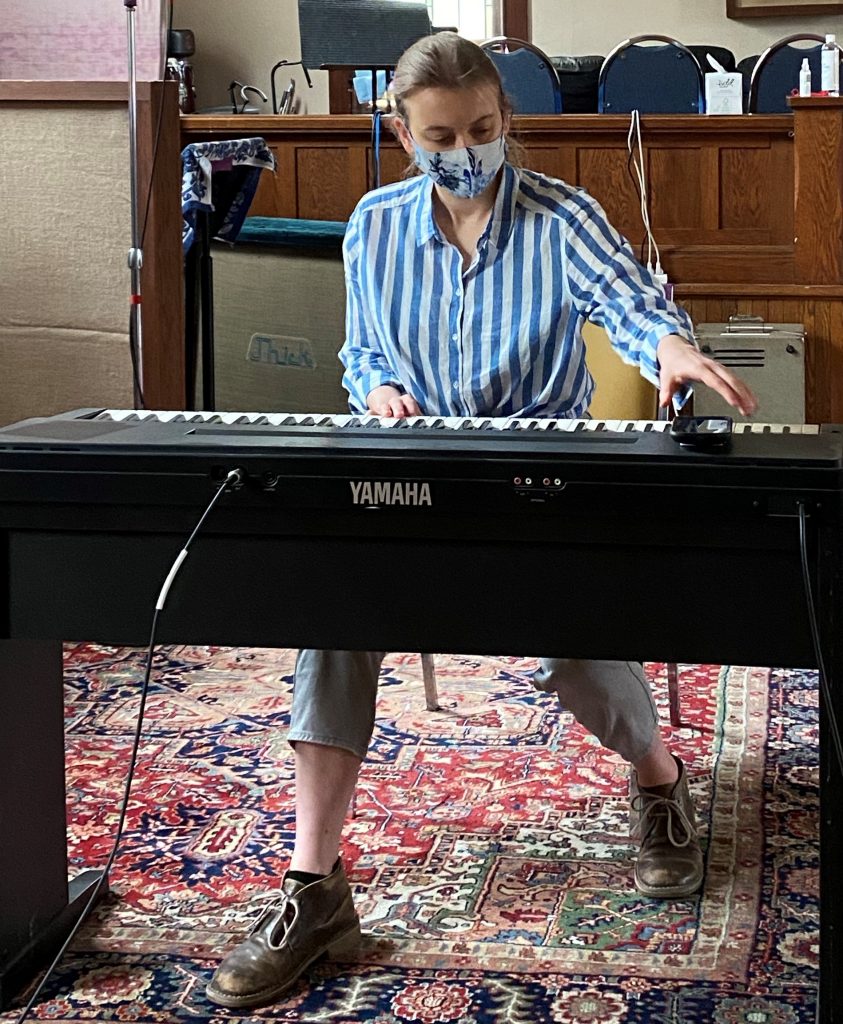 student—recorded a song about Lisa.  The haunting melody of Lisa’s song was ultimately played on Democracy Now, and was shared by celebrities such as Susan Sarandon and Gloria Steinem.

In early November, 2020, Lisa’s two principal lawyers contracted severe cases of Covid-19 after visiting Lisa in prison. At the time, their clemency petition was due in a matter of weeks. Professor Babcock led a team of lawyers who filed a lawsuit in federal court seeking a stay of execution based on counsel’s illness. Professor Babcock participated in four oral arguments (all telephonic) before Judge Randolph Moss, ultimately persuading him to stay Lisa’s December 8 execution date. His detailed opinion affirmed the rights of capital defendants to qualified capital post-conviction counsel to prepare clemency appeals.

The movement in support of Lisa continued to grow. The Center served as a clearinghouse for all information about Lisa’s case and coordinated a grassroots outreach campaign. Over 1,000 advocates and organizations from the anti-violence, anti-trafficking, child protection, and human rights communities wrote letters pleading with President Trump to commute Lisa’s sentence. One of the most powerful letters was from former prosecutors who had opted not to seek the death penalty for women who had committed nearly identical crimes, based on their conviction that the crimes themselves were a product of trauma and mental illness. The Center launched a petition with Moveon.org that ultimately attracted 312,600 signatories.

The press coverage of Lisa’s case was unrivalled for its attention to gender discrimination in capital prosecutions. Rachel Louise Snyder’s opinion piece in the New York Times was a defining moment in the campaign to save Lisa’s life. Other notable stories appeared in The Guardian, Ms. Magazine, the Kansas City Star, and the Huffington Post. These stories succeeded in reframing the narrative of Lisa’s crime, and explaining the connection between trauma and violence. It also highlighted the state’s complicity in her trauma, by failing to protect her from harm and treat her mental illness.

Lisa was ultimately executed despite a tremendous effort. Her legal team obtained three stays of execution from three separate federal courts in the final 24 hours before she was killed. Her execution was carried out because of a President who cared about nothing except his own political future, and because of a Supreme Court that is now packed with conservative ideologues who actively support capital punishment. Despite our bitterness at this outcome, we take solace from the support of a strong, committed network of advocates and ordinary citizens from around the world who continue to be outraged by Lisa’s execution. In late March 2021, I-An Su, a Cornell Ph.D. student in Developmental Psychology, published an article about Lisa’s case in a leading Taiwanese outlet. The story quickly went viral, drawing 65,000 views in a week, with commentators wondering how an advanced democracy such as the United States could have perpetrated such an injustice. In the wake of Lisa’s execution, a coalition of U.S. legislators introduced legislation to abolish the federal death penalty. And in a letter to President Biden urging his support for the legislation, Members of Congress highlighted the case of Lisa Montgomery as an example of the intolerable injustice engendered by the federal death penalty.