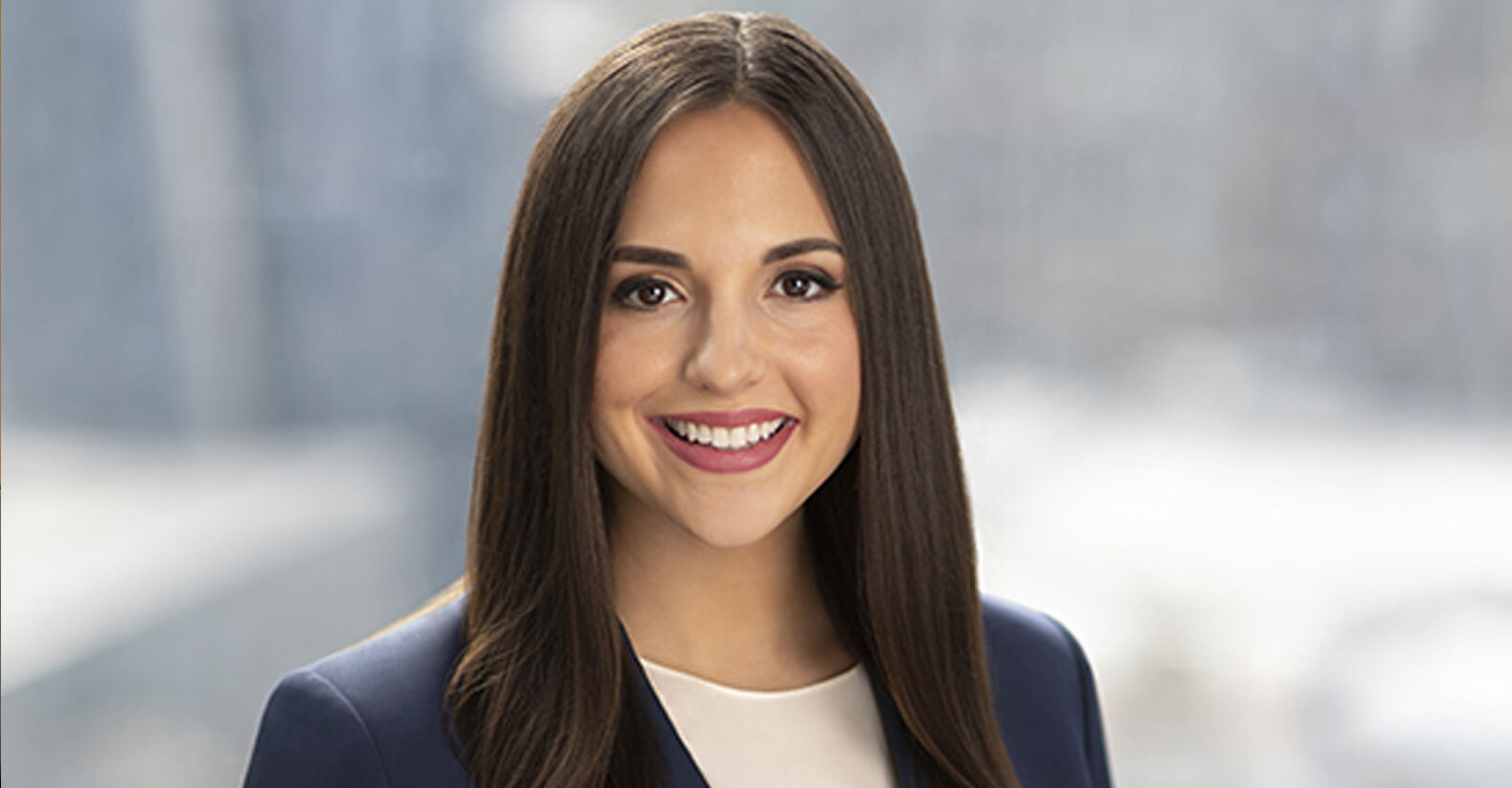 When Cornell Law School’s First Amendment Clinic was asked to bring a lawsuit challenging a secrecy statute that conceals information about executions in South Carolina, Lindsey Ruff ’19 proposed a novel approach to fight the law.

Ruff, then a third-year student, conceived of the legal theory that South Carolina’s secrecy law violates attorneys’ First Amendment right to learn information about their clients’ impending executions, which would enable them to assess the constitutionality of the state’s execution methods. Without that information, according to Ruff, attorneys could not effectively counsel their clients or communicate with the courts. 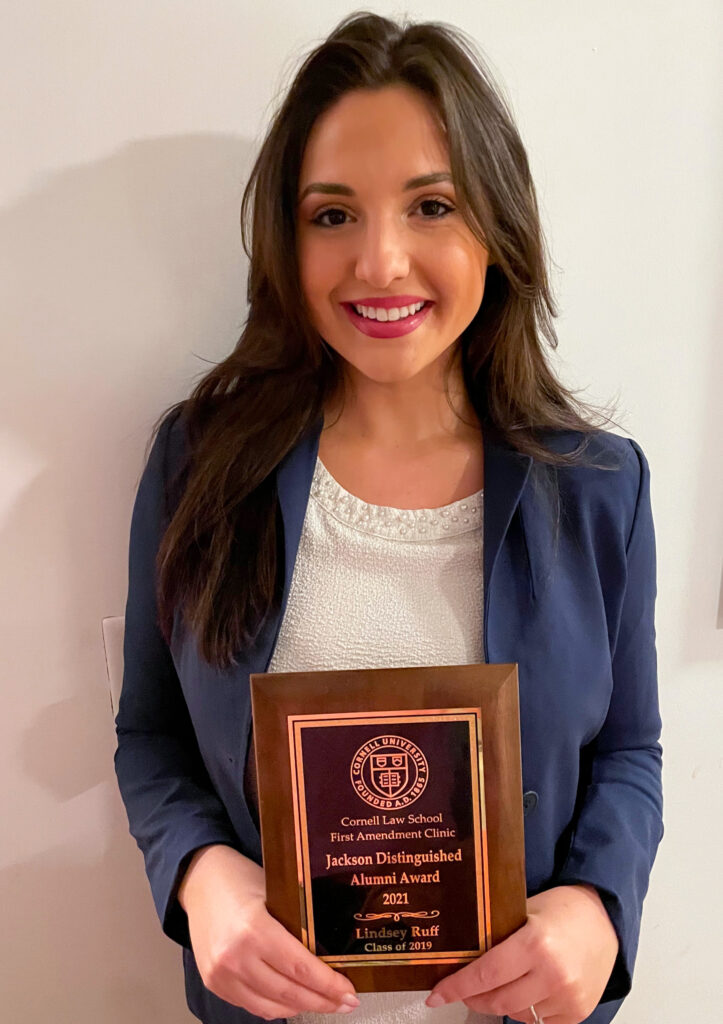 After becoming an associate at Boies Schiller Flexner in New York City, Ruff continued to work on the case, presenting oral arguments before the U.S. District Court and drafting a fifty-five-page appellate brief filed with the Fourth Circuit Court of Appeals. In January, Ruff was honored for her role in the case when she became the inaugural recipient of the First Amendment Clinic’s new Jackson Distinguished Alumni Award, named after the clinic’s founder and director, Mark Jackson ’85.

“Lindsey has successfully done exactly what we try to encourage our students to do—conceive of new theories to move the law in the right direction and to make it more speech-protective,” Jackson said. “Lindsey is, as we say in the law, Exhibit A—a prime example of the type of student we hope to foster in the clinic.”

Ruff, who received the award on the first day of the clinic’s virtual boot camp, will present arguments this spring in an appeal of the District Court’s dismissal of the case last year. “The subject matter is really important to me so I felt personally invested in continuing to carry the case forward,” she said.

The case was filed on behalf of a South Carolina nonprofit organization, Justice 360, which represents about 40 percent of the inmates on death row in the state. The nonprofit has a longstanding connection to Cornell Law School since its first executive director was John Blume, the director of the Cornell Death Penalty Project.

While there have been a number of lawsuits challenging execution secrecy policies, few have focused on the First Amendment right to free speech. “It’s a legal claim that has not been litigated, as far as we can tell, in any court anywhere else in the United States,” said Jared Carter, associate director of the First Amendment Clinic.

In briefs for the case, Ruff argued that lawyers in nonprofit groups such as Justice 360 use litigation and other advocacy initiatives as a form of political expression, and they have a First Amendment right to discuss the execution protocols with the courts, their clients, and the public.

“By enacting these policies and statutes that shroud the entire execution process in secrecy, governments are impermissibly infringing on those rights and trying to censor attorneys’ speech that’s designed to facilitate oversight over the government and protect inmates from unconstitutional executions,” Ruff said.