Former US House of Representative for Minnesota’s fifth congressional district and civil rights litigator, Ellison came to the limelight during the summer of 2020 as he pioneered one of the country’s most revolutionary cases in what he calls America’s “chronic problem”: police brutality. 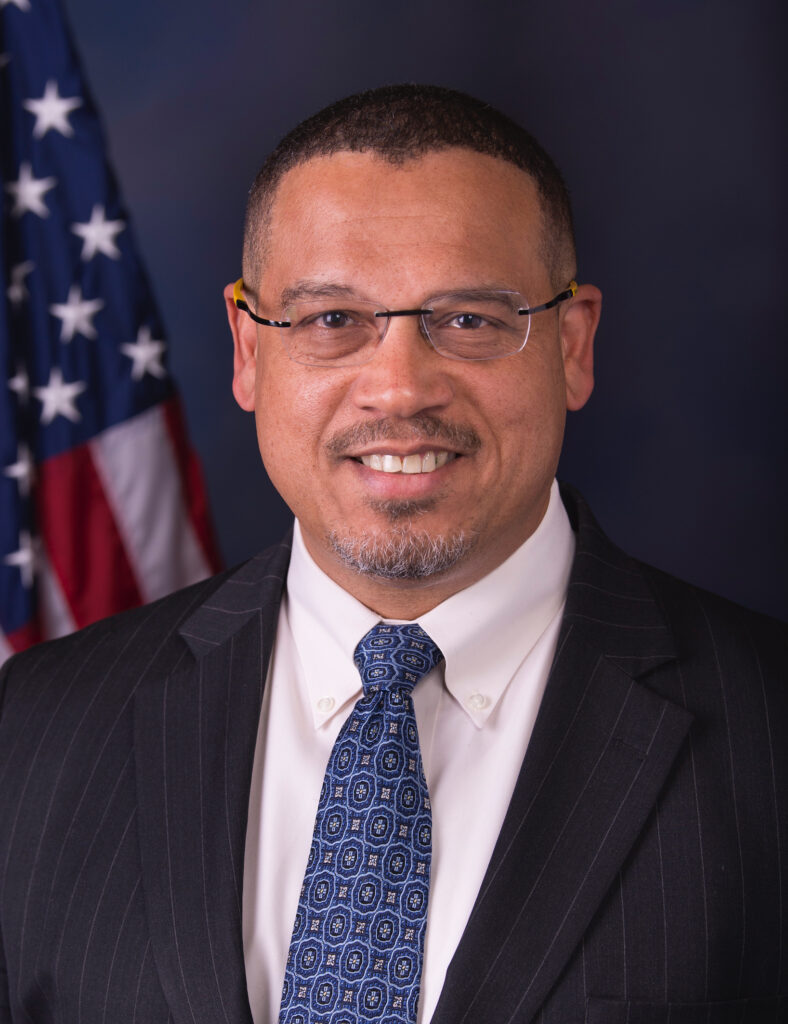 On May 25, 2020, George Floyd, a forty-six-year-old African American male, was killed by Minneapolis Police Officer Derek Chauvin after Chauvin kneeled on Floyd’s neck for nine minutes and twenty-nine seconds. In response, the Minneapolis police department issued a statement stating that Floyd died in a “medical emergency.” “You know that that wasn’t the last word,” Ellison said.

Then came the video. Seventeen-year-old Darnella Frazier posted a viral video that captured Chauvin kneeling on Floyd’s neck as Floyd cried “I can’t breathe.” “People were shocked, appalled, and outraged,” Ellison said. Neighbors and activists took to the streets to protest the brutality and to demand an independent prosecutor. That is when Ellison stepped forward.

Hennepin County Attorney Mike Freeman, in response to the public demands, asked Ellison to take on the case. Within a week, Ellison increased the initial charge from third-degree murder to second-degree unintentional murder with an underlying felony of third-degree assault. He then added a second-degree manslaughter charge and aiding and abetting for the other three officers who observed the incident.

Ellison prepared his prosecution team to face many challenges. “We knew that … they [the defense] were going to say everything in the world about what [sic] he died, except for under the knee of Derek Chauvin,” Ellison said. Ellison’s task was to put together a complicated medical case to persuade the jury otherwise.

The trial consisted of a diverse set of testimonies. Among them were Darnella Frazier, a firefighter, three high school kids, a 9-year-old, a 62-year-old who never went to school beyond third grade, and an MMA fighter. They “relived the trauma they had to endure by watching it all,” Ellison said.

Against him were many factors. For one, Floyd had fentanyl and methamphetamine in his body. The defense tried to say “drug equals thug, equals not guilty,” Ellison said. So, Ellison strived to humanize Floyd. To him, the presence of drugs in the victim does not mean the victim should not be honored through a “vigorous prosecution.”

Then, there was a medical condition: Floyd had an enlarged heart. Ellison knew this would be an issue and attempted to show there was no correlation between Floyd’s heart enlargement and his death.

And last, the issue of race; Floyd was a six-foot-four, 220 pound African American male. Ellison assumed the defense would use these figures to argue that Chauvin needed to use additional force. With these facts and recent cases of judges upholding qualified immunity, Ellison anticipated a difficult fight. “All along, we thought history was on Derek Chauvin’s side,” he said.

However, the jury did not agree. On April 20, 2021, nearly a year after Floyd’s death, the jury found Chauvin guilty on all three counts. He was sentenced to 270 months in prison, one of the longest sentences ever given to a police officer involved in an excessive force case. Ellison credits the jury verdict to Frazier’s viral video. “The whole world saw it in all of its tragic gore,” Ellison said. As a result, the jury was “deeply disgusted and offended” by Chauvin’s actions.

Despite what some may think, Ellison does not define a prosecutor’s success by securing a conviction. To him success is a “robust investigation and prosecution, that may be a conviction, or may not be.” Ellison qualifies this through his belief that prosecutors as “ministers of justice,” whose goal is not to gain a conviction but to promote justice. “We [prosecutors] should be as happy to dismiss a case where there’s no probable cause,” he said. “In my mind, there was absolutely no doubt that Derek Chauvin needed to be charged.”

The use of excessive force by police officers is a part of an “overwhelming minority,” Ellison said. He calls it an 80/20 problem. “A lot of excessive force complaints, 80% of the complaints generated by 20% of the same people [police officers]. It’s probably worse than that.” Still, Ellison sees room for reform in the police department. He states that officers are best at intervening in rapidly unfolding situations. However, for issues such as mental health crises and homelessness, experts should be the first responders.

On the side of prosecutors, there are three main roles Ellison believes that an attorney general should assume to effectively assess police excessive force cases. The first role consists of conducting direct prosecution and investigations that are independent and fair. Second, attorneys general should convene with stakeholders. “I think we can be much better informed if attorneys general …  pull people together to really come up with some solutions that could work,” Ellison said.  Third, attorneys general should get involved with agencies that license police officers. “Giving advice can put you in a position to influence outcomes,” Ellison said. This will create conditions to help to prevent excessive force by police officers.

In closing, Ellison described the story of Cariol Horne, a former Buffalo police officer who, after stopping her partner from using excessive force against a Black suspect, was fired from her position. To Ellison, Cariol is a fine example of what future police departments can, and should be. “I’d rather build a department around her [Horne] than her partner.”