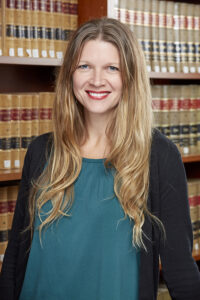 “Our Lawyering Program is the linchpin of our 1L curriculum. It’s not just where we teach basic principles of legal research and writing; it’s really the first introduction to legal thinking that our new students receive,” explains Jens David Ohlin, the Allan R. Tessler Dean and Professor of Law. “Their journey to becoming lawyers starts with this class, and Kristen and Katrina both bring a wealth of experience and innovative approaches to this time-honored program. They’ll continue and enhance the Lawyering Program’s tradition of excellence.” 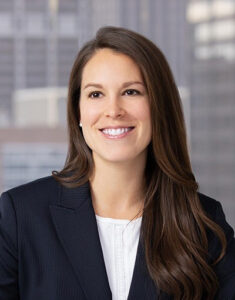 “Kristen and Katrina are both dedicated professors who care deeply about their students and about legal-writing pedagogy,” adds Lara Freed, clinical professor of law and interim director of the Lawyering Program. “The specialized knowledge and legal-practice experience that Kristen and Katrina each bring to their Lawyering roles offer new opportunities for collaboration and curriculum development. We are excited about the future of the program.”

Stanley had been a visiting professor in the Lawyering Program during the 2021-22 academic year. She came to Cornell from Vanderbilt Law School, where she taught legal writing and analysis to first-year J.D. students. Before entering academia, Stanley devoted her career to representing death-sentenced individuals in the post-conviction context. As an assistant federal public defender in the Capital Habeas Unit of the Office of the Federal Public Defender for the Middle District of Tennessee, Stanley represented men under sentence of death in their federal habeas proceedings in Federal District Court, the Sixth Circuit Court of Appeals, the United States Supreme Court, and Tennessee state-court proceedings. She also practiced in Louisiana, where she represented indigent men sentenced to death in state post-conviction proceedings. Stanley received her B.A., cum laude, in Women’s Studies from Cornell University in 2001 and her J.D. from Cornell Law School in 2007. Stanley also has a master’s degree in social work.

“I am thrilled to join Cornell’s Lawyering Program,” says Stanley. “Introducing students to this new discipline, encouraging them to find their own voice, and witnessing them grow and flourish is such a joy. The opportunity to do so at my alma mater, and among such dedicated, talented colleagues, is a dream come true.”

Katrina Robinson previously taught legal writing as a visiting assistant professor at the University of Oregon School of Law. Prior to that, she worked in the Chicago office of Latham & Watkins. After law school, Robinson worked in the San Francisco office of Orrick, Herrington & Sutcliffe and then clerked for the Hon. Manish S. Shah at the U.S. District Court for the Northern District of Illinois and the Hon. Joel M. Flaum for the U.S. Court of Appeals for the Seventh Circuit. Robinson earned her B.A., summa cum laude, Phi Beta Kappa, from the University of California, Los Angeles in 2011. In 2015, she earned her J.D. from the University of Virginia School of Law, where she was a member of the Raven Society, submissions editor for the Virginia Journal of Law and Technology, and an editor for the Virginia Journal of International Law.

“I am so grateful to be joining Cornell Law School’s Lawyering Program,” says Robinson. “Teaching alongside such dedicated and talented faculty will be an honor. And I am excited to begin working with the entering class of first-year students.”