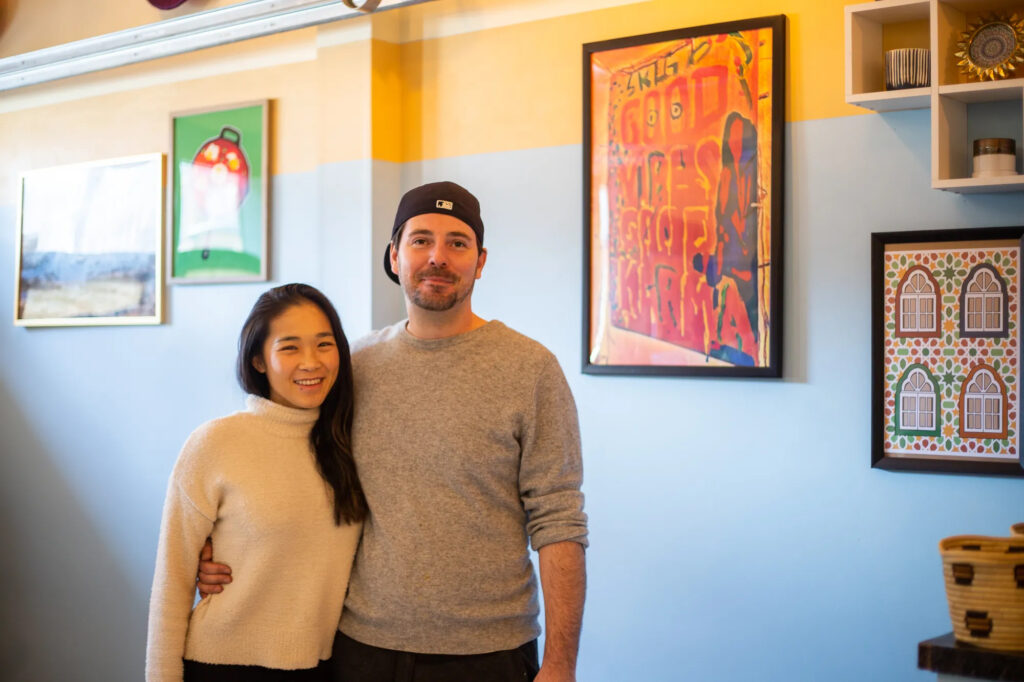 After nearly a year of planning and hard work, the Entrepreneurship Law Clinic‘s long-time client, Lev Kitchen, opened its doors on the Ithaca Commons in March.

Lev’s owners, Ben Plotke and Jiayan Wu, met at Cornell, where they both received their Masters in Hospitality Management from the School of Hotel Administration in 2019. As displaced hospitality workers during COVID, the couple decided to pursue their long-term dream of entrepreneurship in the food service business — and they decided that Ithaca would be the perfect place to start a restaurant that represents and promotes sustainability and social values.

Lev Kitchen seeks to employ refugees and recent immigrants and provide them with job training, a living wage, and benefits. The menu combines Middle Eastern flavors and is centered around a flaky, Yemeni flatbread called malawach. In creating the menu, Plotke and Wu focused on pairing locally-sourced ingredients with fine wines and spices imported from countries such as Israel, Lebanon, and Syria. On any given day, the couple can be found overseeing operations at Lev along with their toddler, Naomi, who is guaranteed to greet customers with a smile. 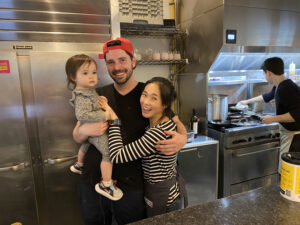 Plotke and Wu with their daughter Naomi, who is often at the restaurant.

The clinic started working with Plotke and Wu in the spring of 2021 on the purchase of the leasehold for the Lev Kitchen space. Once they secured the physical space, the clinic pivoted to helping the couple create a business structure that has the flexibility to expand once Lev Kitchen opens additional locations across the United States. Clinic students helped sort through the regulations and permits required for the business, advised on employment law issues and created employment contracts for the team, and sought federal trademark protection for Lev Kitchen. The clinic student team included Max Rosenthal ’22, Kathleen Joo ’23, and Allyson Farley ’23.