Professor Kelley-Widmer and the students of the 1L Immigration Law & Advocacy Clinic have been very busy. The clinic has had some exciting recent successes, including winning advance parole for a DACA client who was able to travel to visit his father in his home country for the first time in a decade. Together with the Farmworker Legal Assistance Clinic, we also helped win Special Immigrant Juvenile Status for a young man who is a farmworker in upstate New York.

Currently, the spring 2021 cohort of seven first-year students are working on immigration applications for Cornell students, faculty and staff, including DACA and naturalization cases. Further, each student team is working on an asylum case for a client residing in upstate New York. This complex work involves detailed trauma-informed client interviewing as well as legal research and persuasive writing. Right now, we have clients from about 15 different countries, from Haiti to Honduras to the Phillippines. In addition, students are presenting public-facing community advocacy projects, such as an Immigrant Allyship training through Cornell’s Institute for Inclusive Excellence. Students are involved in public discourse on immigration topics, including a recent event with National Book Award finalist author Karla Cornejo Villavicencio, attended by about 500 people, and an upcoming discussion with Lizbeth Mateo of the film The Undocumented Lawyer.

Professor Kelley-Widmer’s scholarly article about little-known Trump immigration policies is forthcoming in the Georgetown Journal of Immigration Law this semester. She continues to comment on immigration issues in the media, such as for Buzzfeed and Roll Call. 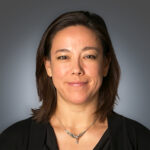 The Asylum and Convention Against Torture Appellate Clinic recently won an appeal on behalf of a transgender Honduran woman, Ms. C-S-, seeking asylum.  Upon briefing by two students, Emma Sprotbery and Khalid Vrede, and with assistance from Camilah Hamideh, a student in the 1L Immigration Clinic, the Board of Immigration Appeals found that the third-country transit ban did not apply to Ms. C-S- and that her testimony and evidence of conditions in Honduras had established that a gang had raped and beaten her, and that police had refused to assist her.  The Board held not only that she was eligible for asylum and also that she warranted it as a matter of discretion.

Working with members of the Louisiana Advocates for Immigrants in Detention, the clinic also obtained the release of a Cameroonian client detained in Winn, Louisiana, arguing that the client’s health conditions had rendered him particularly susceptible to COVID-19.  The client had been a leader of a group of detainees that had gone on a hunger strike to protest conditions at the detention center.  The clinic is now representing him in a motion to reopen before the Board of Immigration Appeals and a petition for review in the Fifth Circuit. 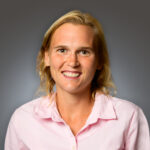 The Entrepreneurship Law Clinic continued to expand its work both within the University and more broadly in the local community. In any given semester, law students participating in the Clinic provide pro bono legal services to more than twenty startups and small businesses. Clinic clients include for-profit businesses, social enterprises and non-profit organizations, many of which were formed in 2020 to address issues related to the global pandemic and social justice concerns in the U.S.  The Clinic is also working with a startup incubator in Jamaica, Queens, through a partnership started by Cornell Cooperative Extension. 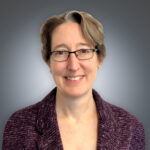 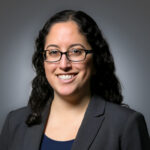 The Farmworker Clinic has remained busy into the start of 2021. We’ve received numerous approvals of immigration-related applications. The Clinic has also continued to file additional applications for immigration relief with federal agencies and for predicate proceedings in state courts. Additional filings include those related to our efforts to enforce a default judgment the Clinic obtained on behalf of a group of clients who were subjected to fraud in recruitment as part of the H-2A temporary agricultural worker program. We have maintained active relationships with clients both in New York state and beyond, enabling us to respond to emergency requests from government agencies in cases that have involved logistical support from local and international community partners. We have also established new relationships with partners both in the private and not-for-profit sectors, as well as in governmental agencies, thanks to the dedication our students have shown to pursuing remedies for their clients on everything from recruitment abuses to family separation at the border.

In January 2021, Project Lifeline launched its Predicate Order State-by-State Age-Out Analysis  based on research provided by the Farmworker Legal Assistance Clinic. The Marshall Project relied upon the analysis in its article entitled These Young People were Told They Could Stay in the U.S. They Might Get Deported Anyway by Andrew R. Calderón (January 29, 2021). 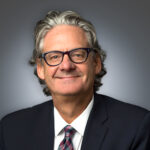 Cornell Juvenile Justice Clinic Client Anthony Enriquez was granted parole by the South Carolina Parole Board after serving nearly twenty-seven years in prison for a homicide that took place when he was sixteen years old.  This was Anthony’s seventh parole hearing and the second one at which the Clinic assisted in his representation.  Anthony hopes to continue with his college education, which he had begun during his incarceration, and he is happy to be breathing “free air.”

Clinic Faculty John Blume and Hannah Freedman, along with their partner organization Justice 360, have also been offering a series of CLE’s for attorneys representing juvenile defendants in waiver/transfer proceedings as well as developing a number of constitutional challenges to systemic issues plaguing the juvenile justice system related to outdated criteria for waiver and conditions of confinement in juvenile detention facilities. 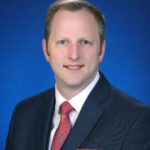 In the fall of 2020, the Tenants Advocacy Practicum was created as an outgrowth of the Tenants Legal Hotline pro bono project. The Practicum teaches students the fundamentals of housing including New York landlord-tenant law, the causes and effects of eviction, racial discrimination, and the civil right to counsel. The Practicum, directed by Professor William J. Niebel, has obtained a student practice order from the New York State Appellate Division, Third Department, allowing students to appear in court on behalf of tenants.

The Practicum’s lessons in substantive housing law, legal ethics, racial justice, and negotiation techniques enable law students to successfully advise and advocate for tenants facing a variety of housing issues—including violations of the warranty of habitability, lease violations, illegal lockouts, security deposit withholdings, and eviction notices. Through research, analysis, drafting, negotiation, and advocacy, students have been instrumental in narrowing the justice gap and combating systemic displacement of so many local residents, particularly people of color, lacking access to counsel.

In the fall, ten law students and two undergraduates participated in the Practicum. With various eviction moratoria in effect, the law students advised tenants about their rights and options, and empowered many to better navigate challenges with their landlords. In some cases, they engaged in successful negotiations with landlords’ attorneys. In others, they assisted tenants in recovering security deposits.

One particularly impactful case from the fall semester involved a tenant who was distraught because his landlord refused to return a security deposit to him, without cause. The tenant was stymied as to how to proceed and felt helpless to pursue this money owed to him due to the power differential between him and his landlord. A Practicum student, Alex Hong, researched the applicable law and provided excellent advice and counsel under Prof. Niebel’s direction. With Alex’s assistance, the client was not only able to secure the money he so desperately needed during this unique time of financial instability, but he was also awarded punitive damages (doubling his recovery) because the landlord wrongfully withheld the security deposit.

This spring, the Practicum expanded to include an advanced course (Tenants Advocacy Practicum II) and six of the law students from the fall returned, to continue honing their advocacy skills while serving local community tenants in need. Some of these students are currently preparing to represent clients in court. Additionally, eight law students and two undergraduates are enrolled in the primary course this spring, bringing the total to 16 students currently enrolled.

During the spring semester, Practicum students have assisted several tenants who faced egregious violations of the warranty of habitability in their housing. The students conducted thorough research into the relevant case law and armed the tenants with sound legal advice on how to proceed. The students advised the tenants of their right to withhold rent generally, as well as the right to make repairs and withhold the cost of those repairs from future rent. They also assisted the tenants in securing additional protection from eviction under New York’s COVID-19 Emergency Eviction and Foreclosure Prevention Act of 2020, utilizing the appropriate Hardship Declaration.

As the applicable eviction moratoria expire, the work—and the experience gained by the students—will no doubt accelerate into the fall of 2021. The Tenants Advocacy Practicum is thrilled to be expanding again, with the addition of a new Tenants Advocacy Fellow, who will work alongside the law students and Prof. Niebel to increase the reach of the Practicum and number of tenants assisted. 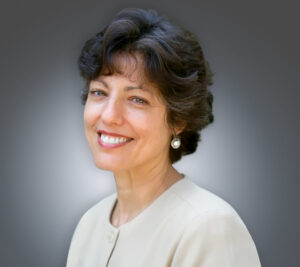 As broader issues of racial discrimination surface around the country, we see it in the clinical program in the employment context with no abatement. The Labor Law Clinic often gets requests to represent workers who have been terminated from their employment with race and national origin discrimination claims. There are few resources in the community to assist low-income workers with these types of claims. We regularly represent these workers of color.  Oftentimes the cases we get also involve other claims, including contract claims tied to a collective bargaining agreement that requires just cause for termination.  Occasionally, there are other statutory claims, like claims of protected concerted activity under the NLRA. The most successful outcomes have been obtained for the workers who are also covered by the just cause language. This semester only the Advanced Labor Law Clinic is offered and the two remaining cases involve workers of color. One low-wage worker who was terminated from a care facility. The other worker was terminated from a light manufacturing plant. One case is pending before the New York State Division of Human Rights, and the other will be resolved in final and binding arbitration and the Company will have the burden of proof to show that the termination was consistent with just cause. At the end of last year, students successfully negotiated an excellent resolution to a case scheduled for a 2-day arbitration on behalf of an African-American man and race was the underlying issue in that termination. Law student Andrew Melendez, who saw the case through to the end said: “I’m very glad we were able to get a favorable settlement for Eric. The pandemic definitely made this case more complicated, but the hard work of myself, Tony Wassef, Carolyn Taglienti, and Kaitlyn Marasi really helped Eric get recompense in these tough times.”

Another case, unrelated to race, was scheduled for arbitration in March, but was settled days before the hearing. The students, Greg Nelson, Jill Chow and Violet Nieves Cylinder, were prepared for the full day evidentiary hearing when the Company offered to settle.

Angela Cornell has finalized a book chapter, “Labor’s Obstacles and Democracy’s Demise,” forthcoming in The Cambridge Handbook of Labor and Democracy, Cambridge University Press, which she is coediting with Mark Barenberg.

In February she was a speaker at The Future of Labor and Employment Law, Comparative Perspectives Conference organized by the University of Lorraine. Her topic was “Aligning U.S. Labor Law with Widely Accepted International Human Rights: a Critical Task After Trump’s Havoc.”  She will contribute a chapter to the edited volume from the conference presentations.