The Charles Koch Foundation has given Cornell Law School $1.6 million for a two-year project to study ways to improve immigration law and policy. The gift will enhance the Law School’s Migration and Human Rights Program, founded in 2018. 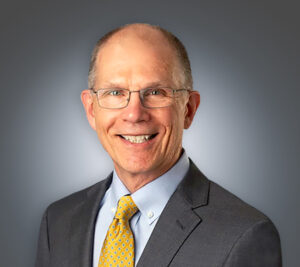 Stephen Yale-Loehr, professor of immigration law practice, who will administer the gift, noted that migration policy is an issue that is of deep interest across the political spectrum and that has the potential to achieve some level of bipartisan consensus.

“Virtually everyone agrees that the current U.S. immigration system is broken,” says Yale-Loehr. “Unfortunately, in our polarized political climate, the national conversation over immigration has suffered from an excess of rhetoric and a deficit of thoughtful policy proposals. We hope to change that.”

According to Yale-Loehr, “We hope to move the migration conversation in two ways. First, this support will bridge the many scholars at Cornell and beyond who are working on migration-related issues across a range of academic disciplines. Second, we hope to build bridges between academic research on migration law and policy and the world of actual policymaking. Building these two bridges will elevate the conversations in both domains, infusing interdisciplinary academic research with real-world pragmatism.”

The support primarily will be used to hire visiting scholars and post-doctoral researchers, who will focus on three aspects of immigration law and policy: legal, social, political, and economic factors that shape migration decisions and the barriers that are often erected to regulate these flows; the intersection between migration and health; and immigrants’ rights.

“This country has seen incredible growth and societal progress because of immigration. New workers and innovators bring ideas and energy that empower everyone,” said CKF Executive Director Ryan Stowers. “This research will deepen our understanding of this critical issue and identify solutions for the future. We are excited to continue this partnership.”