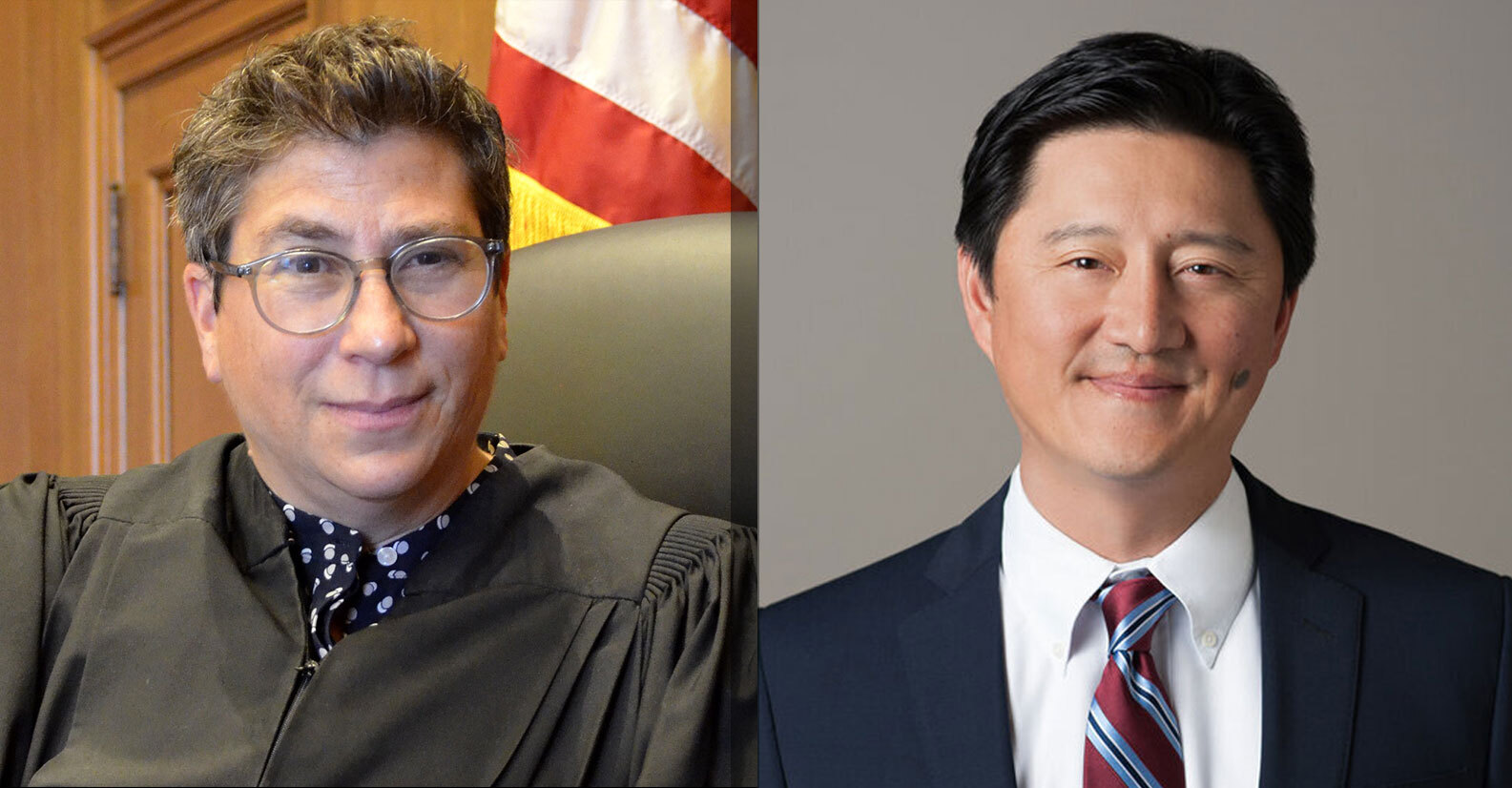 Two of the six federal judges confirmed by the Senate on March 23, 2022, are Cornell Law School alumni: John Chun ’94 and Alison Nathan ’00. Nathan was confirmed as a U.S. Circuit Judge for the Second Circuit and will be the second openly gay woman to serve as a federal circuit court judge. Chun was confirmed as a U.S. District Judge for the Western District of Washington and he will become the first Asian-American man to serve in that district.

Judge Nathan was previously a federal judge for the U.S. District Court for the Southern District of New York. Immediately prior to taking the bench, Nathan served as Special Counsel to the Solicitor General of New York.  Before that she was an Associate White House Counsel and Senior Adviser to President Barack Obama. Earlier in her career, Nathan was in private practice at Wilmer Cutler Pickering and Dorr LLP in Washington, D.C., and New York. She also served as a visiting professor at Fordham University School of Law, and a faculty fellow at New York University School of Law. Nathan has maintained close ties to the Law School throughout her career, including serving on the Dean’s Advisory Council from 2016–2020.

Judge Nathan earned her B.A. from Cornell University in 1994 and her J.D. in 2000 from Cornell Law School, where she was editor in chief of the Cornell Law Review. She then clerked for Judge Betty Binns Fletcher of the U.S. Court of Appeals for the Ninth Circuit and for Associate Justice John Paul Stevens of the U.S. Supreme Court.

Nathan will serve as a Distinguished Jurist in Residence at the Law School in the spring semester of 2023.

Judge Chun previously sat on the Court of Appeals for Washington state, a post to which he was appointed by Governor Jay Inslee in 2018. From 2014 to 2018, Judge Chun served on King County Superior Court. He presided as a trial judge in civil, criminal, family law, and other types of cases. During his last year there, he served as the court’s Assistant Chief Criminal Judge.

Judge Chun started his career as a law clerk to the Honorable Eugene A. Wright of the United States Court of Appeals for the Ninth Circuit. He then entered private practice and focused on complex commercial and employment litigation for over eighteen years. From 2004 to 2014, he served as a member of the American Arbitration Association’s Commercial and Employment panels.

A Pacific Northwest native and the son of South Korean immigrants, Judge Chun earned his B.A. from Columbia University and his J.D. from Cornell Law School, where he served as a note editor on the Cornell Law Review.